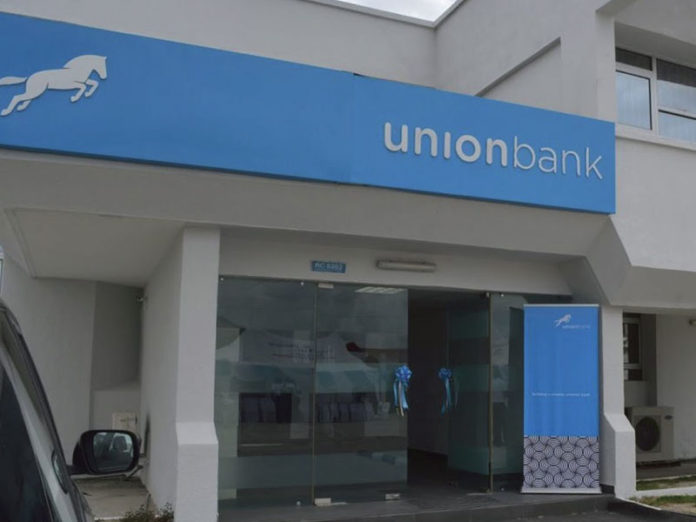 Fitch Ratings has revised the Outlook on Union Bank of Nigeria PLC (Union) to Stable from Negative, and affirmed the Long-Term Issuer Default Rating (IDR) at ‘B-‘ and Viability Rating (VR) at ‘b-‘. A full list of rating actions is below.

The Outlook revision reflects receding risks to Union’s capitalisation and leverage, given the improvement in its asset quality and ensuing lower capital encumbrance by unreserved impaired (Stage 3) loans. The revision also reflects our view that the bank has sufficient headroom at the current rating level to absorb risks to its asset quality, profitability and capital under our base case resulting from operating environment pressures.

Union’s Long-Term IDR is driven by its intrinsic creditworthiness, as defined by its ‘b-‘ VR. The VR reflects underlying loan quality which is still weak, and risks to capital mainly from low provision coverage of Stage 2 and 3 loans and large single-obligor credit concentrations. The VR also reflects Union’s exposure to Nigerian operating environment risks and its limited franchise. However, the VR also reflects the bank’s stable funding and liquidity profile and adequate profitability for its risk profile.

Union’s asset quality has continued to hold up, supported by substantial non-loan assets – largely comprising cash balances at the Central Bank of Nigeria (CBN) (mainly restricted deposits) and government securities – and regulatory forbearance on loans, but also loan growth (2020: up 24%, compared with an average of 16% for Fitch-rated Nigerian banks). Its Stage 3 loans ratio improved to 8.3% by end-1Q21 from 9.9% at end-2019. This remains amongst the highest in the sector, but we believe partly reflects conservative loan classification.

However, Stage 2 loans (end-1Q21: 20%) – mainly comprising restructured syndicated loans to borrowers in the power and oil & gas sectors – remain high out of total exposure to these sectors of 8.3% and 29%, respectively.

Risks to capital remain high, despite easing, given sensitivity to concentration risk and asset-quality pressures such as relating to Stage 2 loans. Union’s FCC ratio fell to 15.2% by end-1Q21 from 16% at end-2020, due mainly to risk-weighted asset (RWA) growth, but remains broadly in line with second-tier peers. We expect additional pressure on the FCC ratio in 2021 from loan growth and likely naira devaluation to be largely offset by internal capital generation.

Union’s total capital adequacy ratio of 17.3% at end-1Q21 is moderately above the 15% minimum regulatory requirement, and is supported by subordinated debt of NGN30 billion. Pre-impairment operating profit (equal to 3.4% of average loans in 2020) provides a moderate buffer to absorb loan impairments through the income statement without affecting capital.

Union’s operating profit/RWAs ratio of 2.5% in 2020 compares well with that of second-tier peers, supported by recoveries, a low RWA density (45% at end-2020; loans account for only a third of total assets) as for the sector, and a 36% rise in net trading income driven by gains on disposal of fixed income securities. However, a high cost base (2020: 78% cost/income ratio) remains a constraint on profitability, reflecting a lack of economies of scale but also investments in digital banking.

We expect profitability to improve in 2021 as business volumes pick up in the stronger growth environment, and in the case of a rate rise (which would support margins), despite likely growth in loan-impairment charges off a low base.

Union’s funding profile is dominated by stable customer deposits (end-2020: 77% of total funding), most of which (68%) comprise low-cost current and savings accounts, thereby supporting margins. The deposit base is reasonably diversified, with the 20 largest deposits accounting for 14% of the total at end-2020. FC liquidity is well managed, with sufficient coverage of short-term FC liabilities, comprising mainly customer deposits and bank borrowings.

The affirmation of the National Rating reflects our view that Union’s creditworthiness relative to other Nigerian issuers has not changed. Union’s National Ratings are lower than most Fitch-rated Nigerian banks, given its weaker loan quality and higher risks to capitalisation and leverage relative to peers.

Factors that could, individually or collectively, lead to positive rating action/upgrade:

Upside to the ratings is unlikely at present and would require a material improvement in asset quality, along with significantly lower risks to capitalisation and a stronger company profile, notwithstanding challenges from the operating environment.

Factors that could, individually or collectively, lead to negative rating action/downgrade:

Union’s Long-Term IDR and National Rating are sensitive to a downgrade of its VR. The VR could be downgraded due to heightened asset-quality pressures, including low-provisioned loans, particularly if this results in significant erosion of the bank’s capital buffers, such as relative to its minimum regulatory requirements.

The National Rating is sensitive to Fitch’s view of the entity’s creditworthiness relative to other Nigerian issuers.