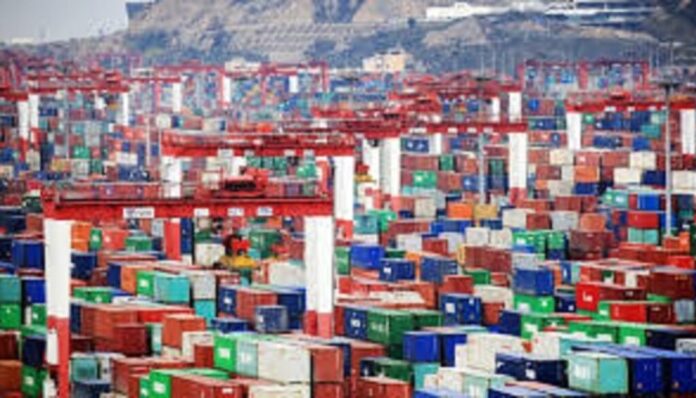 By Rukayat Moisemhe
Lagos, July 1, 2021 Ms Emma Wade-Smith, United Kingdom Trade Commissioner for Africa, said that plans were underway by U.K. to collaborate with African countries to tackle market access barriers and improve business environment for trade.
Wade-Smith, speaking at a webinar organised by the Lagos Chamber of Commerce and Industry (LCCI) on Thursday said the arrangements would also facilitate easier, cheaper trade between Nigeria and the U.K.
The webinar had as its theme: “International Conference on Brexit, Opportunities for Africa and the United Kingdom”.
The United Kingdom’s exit (Brexit) from the European Union means the country was free to set its trade policies and negotiations with other countries.
Wade-Smith said that vast array of potential and prospects existed in priority sectors such as agriculture energy, education and skills, healthcare and life sciences, mining, defence and security, financial services and creative industry.
She, however, stated that all of the activities of the U.K. across Africa were underpinned by technology and green growth to address climate change.
She said that some of the plans by the U.K. included building from the base by sourcing local partners, identifying opportunities in both countries that were mutually beneficial.
“Nigeria is such a vibrant, dynamic and very important partner to the U.K.
“COVID-19 pandemic impact is small compared to what we will get from climate change so we must do everything we can to limit the extensive climate disruptions.
“Those things include sustainable infrastructure, healthcare and water product and how it can reduce our carbon footprint to drive economic growth.
“We will also be utilising preferential trading agreement in increasing exports and imports between us and providing technical and other supports,” she said.
Mrs Abike Dabiri-Erewa, Chairperson, Nigerians in Diaspora Commission (NiDCOM), said that Brexit created a unique opportunity for Africa nation to leverage on.
She disclosed that summits aimed at improving trade investments, particularly opportunities for diaspora investment were on board.
She, however, stressed the need for the opportunities to be mutually beneficial to both countries.
“Nigeria’s huge diaspora population has a strong role to play to facilitate trade and we are encouraging trade investments with several summits to improve trade.
“Brexit creates a unique opportunity for Africa nation to leverage on and we must work together to improve business environment to drive trade.
“We are ready to take on investment opportunities and the likely expansion that Brexit brings,” she said.
In her remarks, Mrs Toki Mabogunje, President, LCCI said that Britain’s departure from the EU presented numerous trade and investment partnership opportunities for the African continent.
Mabogunje cited the United Nations report which stated that Africa’s population of 1.3 billion would rise to 2.4 billion by 2050.
“With the youngest population in the world, Africa will drive the global labour market, as her young people impact the world with creativity, innovation and entrepreneurship.
“Africa, with its Continental Free Trade Area Agreement, with a GDP of 3.3 trillion dollars is now the largest free trade area in the world since the creation of the World Trade Organisation.
“With harmonised tariffs, rules and standards, this is a market no one can ignore.
“The U.K. accounts for 4.8 per cent of total African exports according to the UK Office for National Statistics.
“With Brexit, our expectation is that this percentage will increase significantly as investment and trade volumes with African countries improves.
“This will create jobs and boost growth in Africa and the U.K,” she said.