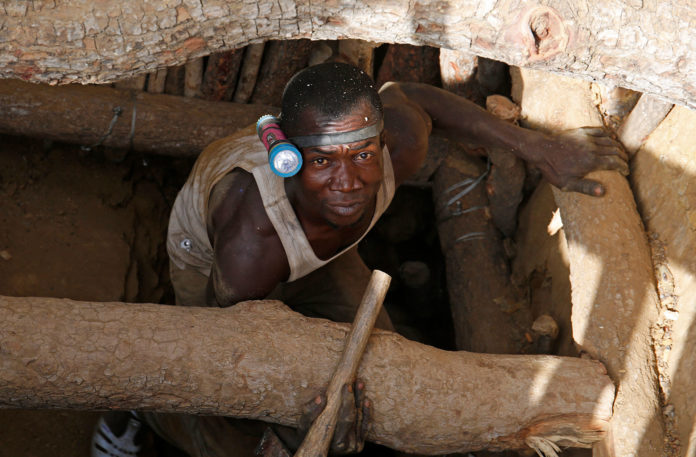 By Angela Atabo
Abuja, June 29, 2021 African Centre for Leadership, Strategy and Development (Centre LSD) has called for the amendment of the Nigerian Minerals and Mining Act(NMMA) 2007 to ensure harness of full potential of the sector.
The call was made at the Media Launch and Public Presentation of Research on Solid, Mineral Development in Nigeria: Evidence from Ebonyi,Ekiti and Taraba States on Tuesday in Abuja.
According to the Consultant NODAC, Dr Ben Nwosu, the amendment of the NMMA 2007 will define a clear approach for managing grievances that may arose through the implementation process of the Community Development Agreements (CDAs).
Nwosu said that it was observed in the survey carried out that many communities felt helpless with poor levels of commitment from mining operators.
According to him, even when certain projects are contained in the CDA, community leaders are unable to compel investors to commit to actual project implementation, or ask for an amendment of earlier agreed projects.
This, he said was because the CDA did not envisage such an infraction even before the stipulated five-year period for the review of the CDA.
“The amendment of NMMA 2007 should indicate appropriate sanctions that should be imposed on mining firms in the event they fail to fulfil their obligations as contained in the CDA.
“We find that communities do not seem to know what to do in the event that an investor fails to implement the terms in the CDA.
“There is need to define clear sanctions in the Act to serve as a means for regulating the behaviours of investors,” he said.
Nwosu said that there was need to include a mechanism for ensuring inclusive and participatory process in developing agreements such that various groups were represented.
He added that there was need to provide appropriate protection for women and children as the Act was vague on its expectation from mining operators regarding the health and safety of children.
He said there was need for capacity building for mining communities to relate with investors and improve enforcement capacity of agencies.
Nwosu said that artisanal and small-scale miners should be formalised through unions and government should provide micro credit for artisanal miners.
He added that documentation and data needed to be improved upon and government should develop public private partnerships in solid mineral mining.
Executive Director Centre LSD, Monday Osasah said that OSIWA supported the centre to carry out a project on Strengthening Civic Engagement and Advocacy for effective natural resource governance in Nigeria mining .
Osasah said that the project was started in 2016 when the government promised to reform the extractive sector; adding that it was that pronouncement that informed the conceptualisation for the project.
“We said before you go into full scale implementation, there is need for proper understanding, which is why the research has to be carried out and its outcome would influence policy document.
“So the centre did a plan on how to strengthen and mobilise citizens to participate in natural resources in Nigeria and we have implemented the project in three states Ekiti ,Taraba and Ebonyi,” he said.
Osasah said that the content of the document were policy recommendations adding that “when policy recommendations are given what you are supposed to do is to use them to engage government.’’
This, he said was because the research pointed at the gaps in Nigeria’s existing laws in the sector.
He said that the centre would embark on advocacy with the government to see how some of the recommendations could be embraced and reflected in the policy documents guiding the sector.