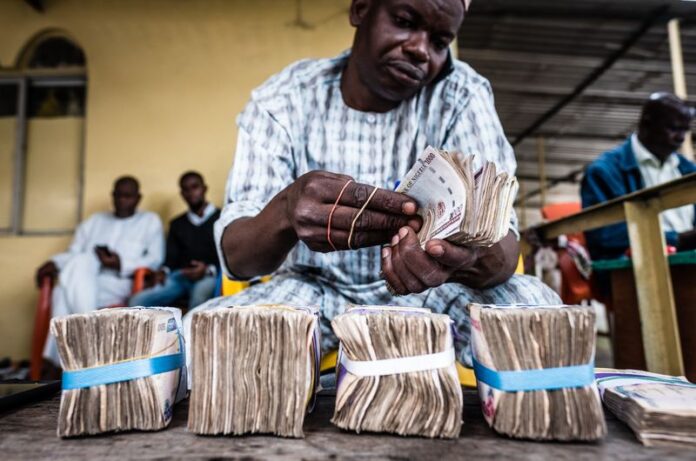 The naira fell sharply against the U.S dollar at the unofficial market on Monday, after it maintained stability in the previous five consecutive sessions respectively.

However, the local unit gained slightly at the Official market window.

According to data posted on abokiFX.com, a website that collates parallel market rates in Lagos, naira closed at N502.00 per $1 at the black market window on Monday.

This represents a N2.00 or 0.40 per cent devaluation from the N500.00 it traded in the last five previous sessions simultaneously.

Meanwhile, data posted on the FMDQ Security Exchange where forex is officially traded showed that the naira closed at N411.28 at the Nafex window.

This represents a N0.39 or 0.10 per cent appreciation from N411.67 rate it traded in the previous session on Friday last week.

This happened as forex turnover plummeted slightly from what was recorded in the previous session on Friday last week, with $100.48 million recorded at the end of the market session.

By implication, the disparity (spread) between the parallel market and the Over-the-Counter rates is staged at N90.72, translating to a margin of 18.10 per cent as of the close of business on Monday.