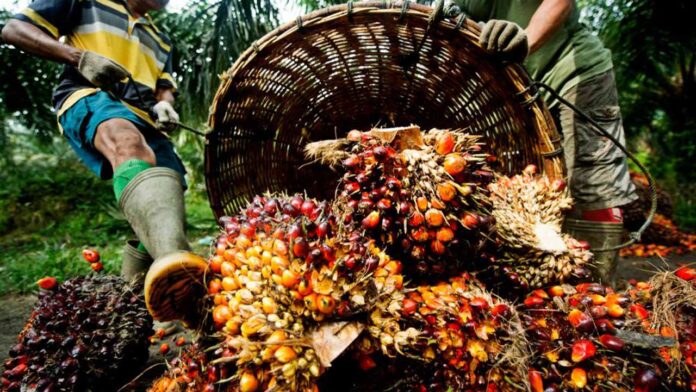 Even as Nigeria’s crude palm oil import from Malaysia – the world’s second-largest producer – has declined by 20.6 percent year on year as local production rises on increased investments, data from the Malaysian Palm oil Council (MPOC) shows.

Experts say the sharp drop in the volume of importation can be attributed to the ongoing massive investments by plantation owners in the country, boosting local production in the last five years.

There is no doubt that Nigeria’s palm oil production is increasing and will continue to be on the rise owing to the backward integration policy,” notes Fatai Afolabi, former executive secretary of the Plantation Owners Forum of Nigeria (POFON).

“Most top palm producers today started by refining but are now investing and developing large plantations owing to the backward integration policy,” Afolabi who is also the managing consultant of Foremost Development Services Limited, says.

He notes further that existing players like Okomu and Presco have also doubled their plantations and increase production by 100 percent when compared with their status five years ago.

This is evident in both companies’ financial statements as numbers released by the two listed firms in the first quarter of 2021 show that Okomu’s revenue nearly doubled to N12.6 billion in Q1 2021 from N6.9 billion in Q1 2020, an indication of a 79.9 percent increase.

Since losing its position as one of the world’s largest palm oil producers, Nigeria is yet to recover and take its proper place in the comity of crude palm oil-producing nations owing to the discovery of crude oil, which changed the country’s palm oil narrative of the 60s.

As a result, Indonesia and Malaysia surpassed Nigeria to become global leaders in oil palm production.

However, Nigeria’s palm oil narrative is gradually changing for good with the private sector tapping opportunities in its production to create wealth and boost productivity amid government policies.

Palm oil producers benefited from the blacklisting of some 41 items including oil palm by the Central Bank of Nigeria in 2016 when dollar shortage fostered local demand of the agro-product and the fifteen months border closure policy.

“Right now, we have seen the kind of planting that we have not seen in Nigeria before and demand for palm oil has also increased as manufacturers who use it as inputs for production are now sourcing locally,” Henry Olatujoye, former president, Palm Produce Association of Nigeria, states.

“New entrant of farmers are coming into the sector and the combination of all these have driven production,” Olatujoye says.

Oil palm has the capacity to produce more oil than any other oilseed crop. About 90 percent of palm oil is used in the production of foods, while the remaining 10 percent is used by the non-food industry, industry players say.