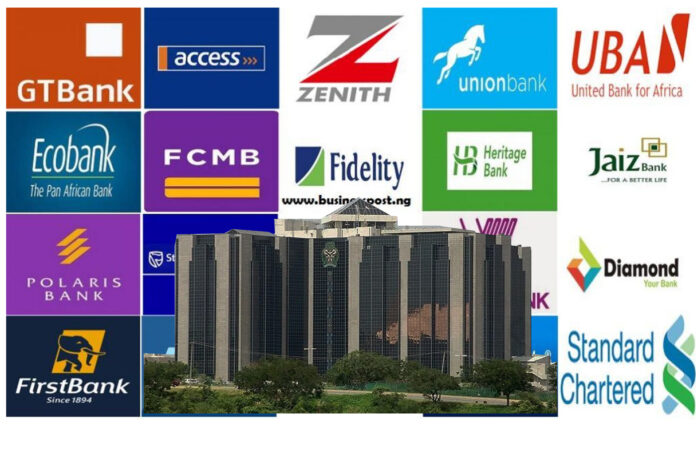 The financial system liquidity printed at a deficit in recent past weeks as interbank rates surged to double-digit while banks camped at Standing Lending Facility to shore up liquidity position.

In a new report, CardinalStone Partners said average monthly standing lending financing jumped by over seven-fold between January 2021 to May 2021, while combined open market operations and primary market maturities crashed by 98.0%.

Borrowings from CBN Jump 7-Fold as Banks Battle Liquidity Stress
Godwin Emefiele, CBN Governor
Earnings data for 2020 showed that low interest rate environment appears not to be favourable for commercial banks at the time when the CBN 65% loan to deposit target limit their ability to play with funds, earn higher returns.

CardinalStone stated in the report that interest income reported by banks tumble due to lower yields save for Access Bank and Ecobank Transnational Incorporation (ETI).

“Our coverage banks experienced contractions in interest income in the first quarter of 2021, mostly in line with the 161 basis points moderation in average T-bill rates to 1.3%”, the firm said.

In addition, analysts noted that 66.7% of the banks recorded pullbacks in the profit and loss line item even though the balance of their interest earning investment securities was notably higher in the quarter.

CardinalStone said breakdowns indicate that the growth in interest-earning investment securities was driven mainly by increases in the volume of T-bill investments held at fair value through profit or loss (FVTPL), fair value on comprehensive income (FVOCI), and amortised cost, respectively.

Explaining its projection further, analysts said feedback from some coverage banks revealed that the bumped-up T -bills holdings also housed the CBN Special Bills introduced in December 2020 and used to refund some sterilised deposits from the monetary authorities.

“These bills had a substantially low interest rate of about 0.5% compare to average T-bill rate of 1.3%, partly explaining the decline in interest income despite the growth in the volume of investment securities”.

Gross loan growth without giving so much impairment away

Investment expert stated that the almost ubiquitous moderation in interest income was also despite a 10.9% year on year increase in cumulative gross loans across CardinalStone’s coverage banks.

It was noted that growth in loans is consistent with a pickup in macro-economic fundamentals that may have supported the credit creation without necessitating a material increase in impairment provisions, which surged 8.1% to N36.6 billion across the firm’s coverage.

Disturbingly, it said only FBNH and ACCESS accounted for about 71.1% of coverage impairment in the first quarter of 2021, rising from 54.0% in the corresponding period of 2020.

“The surge in the impairment for these banks may have reflected increasing asset quality concerns likely related to loans created over the last two quarters”, CardinalStone added.

“Are liquidity worries back on the horizon”? CardinalStone asked. It said since the start of the year, Nigerian banks have increasingly resorted to CBN’s Standing Lending Facility (SLF) as open market operations (OMO) and primary market maturities dry up.

For context, analysts said data from the CBN database suggest that the average monthly SLF rose by over seven-fold between January 2021 to May 2021, just as combined OMO and primary market maturities crashed by 98.0%.

In addition, it was noted that the average daily traded value of the apex bank’s Special Bills rose to N167.5 billion in March 2021, compared to a mean of N14.8 billion in December 2020.

“For us, the increased reliance on SLF and growth in the average traded value of the Special Bills may imply that a few Nigerian banks have been proactively responding to liquidity-related threats since the start of the year”, CardinalStone said.

It said though the sector liquidity ratio recovered sharply after Special Bills were introduced in December 2020, it subsequently moderated in January and February, respectively.

Analysts believe that moderation in the “regulatory ratio” may have informed the scamper for SLF from the CBN amidst narrowing OMO and NTB maturities.

On this note, the firm stated that assets could suffer from heightened liquidity pressure as analysts noted the highlighted concerns on sector illiquidity may negatively impact banks’ capacity to grow asset in 2021.

“The accelerated asset growth in 2020 was fuelled by a liquidity deluge amidst creeping interest rates and limited alternative investment outlets”, CardinalStone explained.

It also noted that the significant jump in banks’ deposits, up 30.9%, in 2020 compare to 4-year CAGR of 12.1% further buttresses analysts point.

“We believe that a potential slowdown in banks’ funding is on the cards and that the likely implications for credit creation in 2021 are not far-fetched”, analysts said.

On the one hand, the firm believes that an improving economic environment amidst easing COVID-19 concerns supports the argument for substantial loan growth, saying a slowdown in funding could inhibit the prospect for significant lending

Bridging the liquidity gap could come at a cost

“We see recovery-induced deposit growth as an upside risk to credit creation and overall asset growth. Yet, rising inflation and yields informs our less sanguine base position”, the report stated.

Secondly, the investment firm said rising yields are likely to drive a redirection of retail and institutional funds towards investments with superior returns than those on banking sector deposit products. Experts however added that this could be slightly muted by the lack of depth in Nigeria’s fixed income space.

“We believe that the recently observed moderation in banks’ deposit and funding costs could slow down in 2021 catalysed by tight liquidity that could instigate increased competition for funds – deposits and debt issuance proceeds- among banks”, CardinalStone said.

According to the firm, the catalysts also include upwards yield trajectory, especially in the second half of 2021 and likelihood of an increase in MPR on the back of accelerating inflation, which could propel savings deposit rate higher.

Nigerians banks were faced with harsh operating environment due to the pandemic, an increased regulations, low-interest rate environment and weak macroeconomic condition. These combination impacted operation though many banks scaled with earnings boost from non-interest income due to increased adoption of electronic banking.