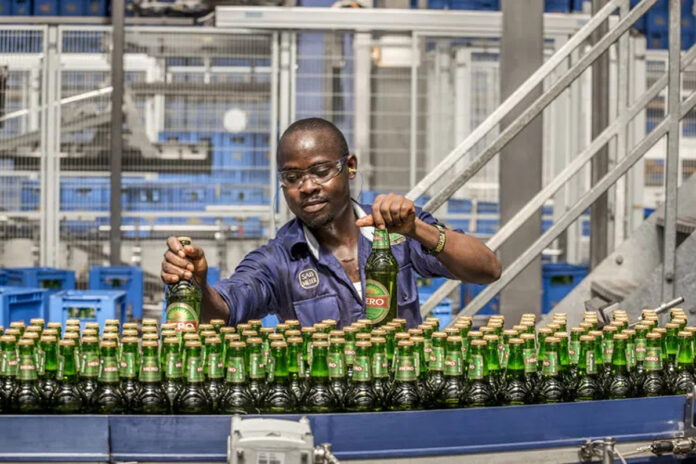 By Ige Adekunle
Sango-Ota (Ogun), May 26,2021 The Manufacturers Association of Nigeria (MAN) has advised the Central Bank of Nigeria (CBN) to provide foreign exchange for manufacturers to boost their productivity.

Dr Wale Adegbite, a former Chairman of MAN, Ogun Chapter, gave the advice in an interview with journalists in Ota,Ogun on Wednesday.

Adegbite said that provision of foreign exchange would help manufacturers import their raw materials into the country and enable them produce for both the domestic market and export.

He identified poor access to foreign exchange, which is also known as forex, as a major challenge facing the manufacturing sector.

According to him, lack of forex is a major challenge confronting the manufacturers as this makes it difficult for members to open letters of credit to bring in raw materials into the country.

“The manufacturers would prefer a solution to the problem of lack of foriegn exchange as this is the major area pinching our members.

“This is the area we want the federal government and the apex bank to urgently work on by providing adequate foreign exchange for manufacturers to make raw materials easy for us. “he said.

Adegbite said that poor access to foreign exchange had deprived manufacturers from producing to maximum capacity.

He said that it was only when the manufacturers produced at maximum level and make profits that they would be able to provide employment opportunities for the teeming youth in the country.

Adegbite also said that this would also reduce further the nation’s inflation rate since more goods and services would be provided.