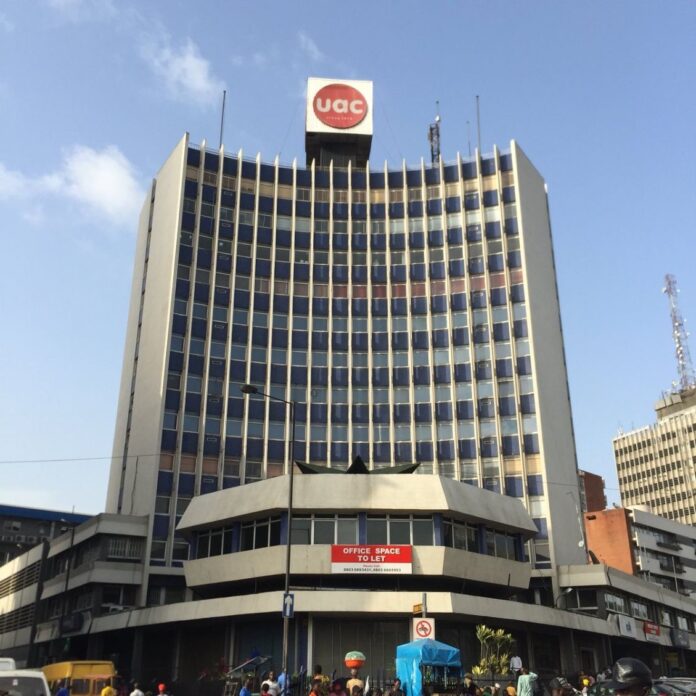 United African Company of Nigeria (UACN) troubled business outing which resulted in a weaker earnings debut in the first quarter has prompted a downgrade. In an equity report, WSTC Securities downgraded the company’s earnings per share to 94 kobo from 98 kobo, having factor pressure in the paints segment into its estimates.

The company faced an input material conundrum for the Paint segment which resulted in increased input costs and then a slide in profit performance. Of which, UACN’s paints segment appears very material to the group earnings performance due to size and contribution to the group.

In the first quarter of 2021, UACN reported a 13% year-on-year revenue growth from N19.55 billion in Q1-2020 to N22.02 billion. WSTC however said in an equity report that the Group’s revenue growth was majorly driven by the animal feeds & other edibles business, and the packaged foods & beverages segments.

Rather than volume, the growth in this revenue line was attributed to price increases implemented across all categories, to offset rising input costs. In Q1-2021, analysts said the animal feeds & other edibles segment accounted for 60% of the Group’s total revenue which printed at N22.02 billion.

Analysts said the revenue growth was driven by improved demand amid economic recovery from the Coronavirus pandemic. WSTC Securities added that the management’s efforts towards market penetration yielded results during the period, said the resulting increase in market share supported the topline growth in this segment.

Meanwhile, it was noted that packaged foods & beverages segment accounted for 25% of the Group’s total revenue in Q1-2021.

Based on the strategic plans of the management to drive value in the quick-service restaurant business, revenue grew by 21% from N376 million to N454 million in Q1-2021.

Analysts at WSTC Securities said the Group’s strategy to drive growth and value in this segment include the opening of new corporate-owned stores and leveraging on its brand perception among consumers.

While UACN’s other segment reported growth, the paints business experienced pressure amidst rising competition. In the period, the company’s paints segment recorded an 11% revenue decline, from N2.70 billion it reported in Q1-2020 to N2.21 billion in Q1-2021, due to lower production activities during the quarter.

According to WSTC Securities, raw materials were scarce during the quarter, resulting from a significantly higher demand relative to supply as major economies rebounded from the Coronavirus pandemic.

The scarce raw materials also led to higher costs incurred on raw input, which led to a 49% decline in profit before tax in the Paints segment.

UACN earnings was impacted by pressure in the paints segment in the Q1-2021, which resulted to a decline in overall profitability for the company.

In explaining why profit prints came lower, analysts spotted that growth in cost of sales outpaced revenue growth in the period, which then marked down gross profit position.

Cost of sales jumped 18% year on year -largely driven by costs incurred in the Paints business- relative to a 13% jump in total revenue.

WSTC Securities stated that the 5% decline in operating expense supported operating income, which grew by 1% from N1.13 billion to N1.14 billion.

“We factored possible pressures in the Paints business, induced by higher cost of production. We expect the higher costs to normalise in the subsequent quarters”, WSTC stated.

However, analysts believe that a price increase might occur to offset higher costs of production. In the Animal Feeds segment, analysts at WSTC Securities said they expect to see sustained revenue growth and further expansion of market share.

“We slightly lower our earnings per share (EPS) forecast to N0.94 from N0.98. In arriving at our fair value estimate, we incorporated the expected benefits to accrue to UACN shareholders from the unbundling of UPDC REIT.