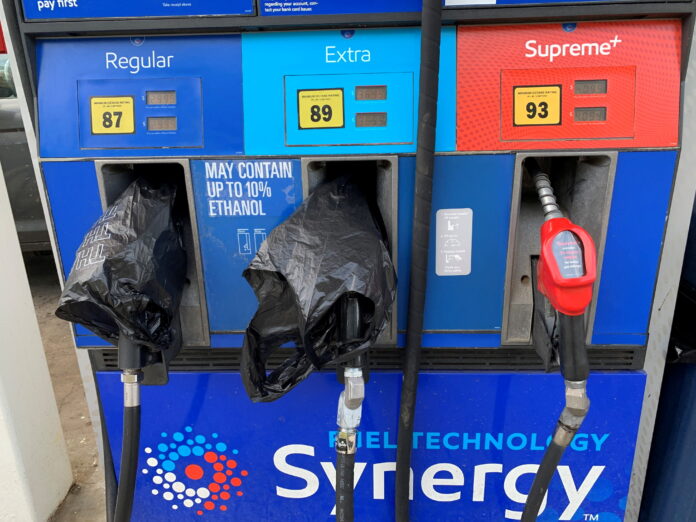 Oil prices rose on Friday, reversing some of the previous day’s sharp losses as stock markets strengthened and the U.S. dollar slipped, though gains were capped by the coronavirus situation in major oil consumer India.

Colonial Pipeline said late on Thursday it had restarted its entire pipeline system and had begun deliveries in all its markets. The line is the major conduit from Gulf refineries to the U.S. East Coast.

“Oil is rallying because supply is moving again, whether it is through the pipeline or the Mississippi river,” said Phil Flynn, senior analyst at Price Futures Group in Chicago. “Tempering the excitement is ongoing concern about COVID cases in India.”

The U.S. capital was running out of gasoline on Friday despite the pipeline restart.

Gas station outages in Washington, D.C., climbed to 87%, from 79% the day before, tracking firm GasBuddy said.

The two contracts lost about 3% on Thursday.

Global equities rose and the dollar slipped on Friday after U.S. Federal Reserve officials said there would be no imminent move to tighten monetary policy in the world’s biggest economy.

As oil is priced in dollars, a weaker greenback makes the commodity cheaper for holders of other currencies, potentially spurring demand.

Oil prices have come under pressure this week from surging coronavirus cases in India as well as worries that the highly transmissible variant first detected there is spreading to other countries.

India on Friday reported 343,144 new coronavirus cases, taking its overall tally past the 24 million mark, while deaths from COVID-19 rose by 4,000.

“[Brent’s] renewed failure to exceed $70 is likely to have sparked selling by speculative market participants, especially as operation of the Colonial Pipeline is being ramped up again in the U.S.,” Commerzbank said.

U.S. President Joe Biden reassured motorists that fuel supplies should start returning to normal this weekend, even as more filling stations ran out of gasoline across the Southeast nearly a week after a cyber attack forced a shutdown at the nation’s main fuel pipeline.

(Additional reporting by Jessica Jaganathan in Singapore and Ahmad Ghaddar in LondonEditing by David Goodman, David Evans and David Gregorio)