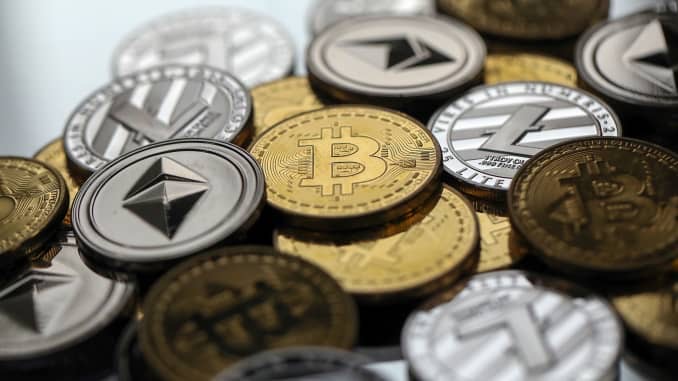 KEY POINTS
Aziz McMahon, a Goldman Sachs executive in London, quit the bank after making a fortune on cryptocurrency.

LONDON — A Goldman Sachs executive has resigned after earning a fortune from a cryptocurrency investment, according to industry sources.

Aziz McMahon, Goldman’s managing director and head of emerging market sales in London, quit after making millions of pounds from a bet on the digital currency ether, three former employees at the investment bank told CNBC.

The former employees, who all know McMahon personally, preferred to remain anonymous due to the sensitive nature of the discussions. McMahon is believed to have cashed in at least £10 million ($14 million) worth of cryptocurrency, the sources said.

Earlier reports from eFinancial Careers and The Guardian had said McMahon had left Goldman after making money from dogecoin.

It is possible McMahon may have had some holdings in dogecoin, too. He is thought to have now set up his own hedge fund, eFinancialCareers reported.

When approached by CNBC, Goldman Sachs confirmed McMahon’s departure but declined to comment any further. McMahon was not immediately available for comment when contacted by CNBC via LinkedIn.

Ether, the digital asset McMahon is said to have invested in, has risen more than 400% since the start of 2021. Created some six years after bitcoin, ether is based on a different technology known as Ethereum. Ether and ethereum are often used interchangeably to describe the currency.

Bitcoin and other cryptocurrencies have fluctuated wildly lately. On Wednesday, the entire market shed as much as $365.85 billion after a tweet from Elon Musk that said his electric car firm Tesla would stop accepting payments in bitcoin due to environmental concerns over the cryptocurrency.

Musk’s favored crypto is dogecoin, a token that started out as a joke in 2013. Inspired by the meme “Doge,” which features a shiba inu dog and cartoon-style text, dogecoin was intended by its creators as a “fun” alternative to bitcoin.

It’s since gained a growing community online and is now the fourth-largest digital asset by market value on CoinMarketCap. While advocates like to call it the “people’s” crypto, investors warn dogecoin is a sign of froth building up in the crypto market.