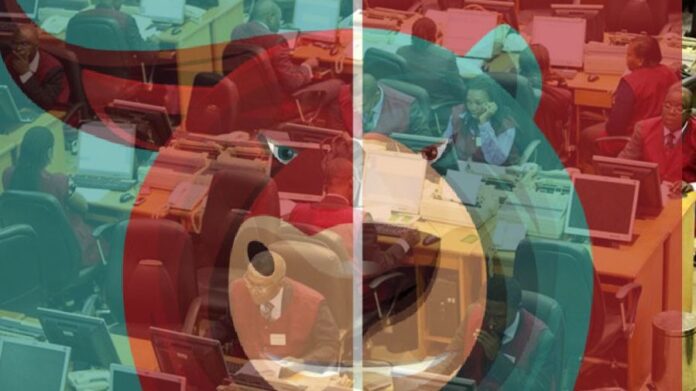 By Chinyere Joel-Nwokeoma
Lagos, May 6, 2021 Key indices of the Nigerian Exchange (NGX) dropped further by 0.81 per cent on Thursday to extend bearish transactions to three consecutive trading sessions.

The bearish sentiment was sustained on price depreciation in large and medium capitalised stocks amongst which are; MTN Nigeria Communications (MTNN), Dangote Cement, BOC Gases, Red Star Express and SCOA.

Market watchers attributed the persistent lull to increased yield in the money market instruments which led to movement of funds.

However, 25 stocks gained, relative to 20 losers.

BOC Gases led the losers’ chart in percentage terms, losing 9.99 per cent to close at N12.25 per share.

On the other hand, Conoil and Courteville Business Solutions dominated the gainers’ table in percentage terms with 10 per cent each to close at N18.70 and 22k per share, respectively.

This was in contrast with a turnover of 349.56 million shares worth N3.50 billion achieved in 4,554 deals on Wednesday.

Transactions in the shares of Access Bank topped the activity chart with 105.87 million shares valued at N844.21 million.