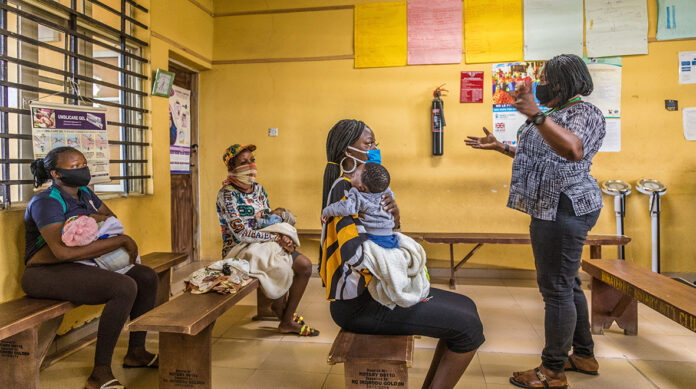 “Defeating malaria is absolutely critical to ending poverty, improving the health of millions, and enabling future generations to reach their full potential.”

This statement by Tedros Adhanom, Director-General, World Health Organization (WHO), depicts the relevance of the fight against malaria, a disease that continues to devastate the world population.

According to WHO, in 2019, an estimated 229 million cases of malaria and 409,000 deaths from malaria occurred worldwide.

World Malaria Day is celebrated annually on the 25th day of April. It is an occasion to highlight the need for continued investment in malaria prevention and control programmes. Malaria has become a major source of concern in our society, and defeating this common enemy requires concerted effort.

The reality is that there is no better time to end this scourge than now, hence the aptness of this year’s theme: “Reaching the zero malaria target”.

In Nigeria, one company that continues to support the fight against malaria and other communicable diseases is Chevron Nigeria Limited (CNL), operator of the Nigerian National Petroleum Corporation/CNL Joint Venture. In the communities around its areas of operations in Nigeria, CNL invests in initiatives and programmes aimed at improving the health of members of such communities. Through partnerships, leadership, and financial resources, CNL continues to assist government and institutions in addressing health issues and has recorded significant success in this regard. CNL works to protect the health and safety of its employees, their registered spouses, dependents, and retirees.

CNL is committed to the fight against malaria through initiatives such as the Roll Back Malaria Program, Malaria in Pregnancy program, training of health workers, distribution of Intermittent Preventive Treatment and Artemisinin-based drugs, and Long Lasting Insecticide Treated Mosquito Nets. The Roll Back Malaria programmes are specifically targeted at infants, children under 5 years of age and pregnant women who have been worst hit by malaria.

CNL’s partnerships with other organizations such as the Corporate Alliance for Malaria in Africa have helped in enhancing the support of the government’s vision, through the National Malaria Elimination Programme, to end malaria in Nigeria.

Over the last 13 years, Chevron has also partnered with the Global Fund to fight AIDS, tuberculosis, malaria, and building of resilient health systems in Nigeria.

Rick Kennedy, CNL’s Chairman and Managing Director explained that the partnership between Chevron and Global Fund is an example of how Chevron is contributing strategically to the development of Nigeria by helping to improve the health of its people.

He affirmed that Chevron has been one of the largest Global Fund corporate partners and this partnership focuses on capacity development initiatives, joint advocacy and communications campaigns, and other local initiatives. “Chevron also encourages its staff to share their skills with local programs to help improve grant reach and performance,” he added.

CNL has continued to receive commendation for its commitment to the fight against malaria in Nigeria. In 2011, the Global Business Coalition on HIV/AIDS, tuberculosis, and malaria commended CNL for its commitment to the Small and Medium Enterprise Wellness programme. Also, in 2012, CNL was recognized and given an award of excellence by TruContact, a Corporate Social Responsibility and sustainability monitoring organization, for its outstanding contributions to the provision of basic health services to the local communities of the Niger Delta.

Esimaje Brikinn, General Manager, Policy, Government and Public Affairs explains further on CNL’s commitment to health development in Nigeria. “For us at Chevron, we are committed to adding value to communities where we do business.

In this regard, we focus our social investments on health, education, and economic development, and we are always open to partnerships that will add value to the living conditions of Nigerians,” he declared.