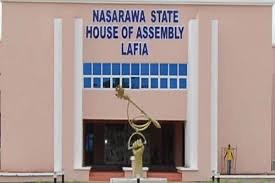 The stakeholders made the appeal during a town hall meeting on citizens’ budget participation held in Akwanga, Akwanga Local Government Area.

They said that prioritising these three indices would help improve the people’s standard of living, boost socio-economic activities and the overall development of the state

The stakeholders added that prioritising rural development would also reduce youth restiveness and check insecurity in the state.

The town hall meeting, which was organised by the Budget Department, Nasarawa State Ministry of Finance, Budget, and Planning, had as its theme: “Social Pact with the People: The Way Forward for Greater Development.”

Mr Esson Yarima, a stakeholder and President, Oklo Farmers Multi-Purpose Cooperative Society Ltd., commended the state government for organising the meeting, saying it would go a long way in ensuring speedy development across the state.

“The state should prioritise rural development and economic empowerment in the 2022 budget to improve on the standard of living of its citizenry,” Yarima said.

“We need soft loans to boost our agricultural activities. The people need to be empowered economically in the interest of development,” she added.

“The government should also give attention to employment, skills acquisition in order to tackle youth restiveness and unemployment in the state as well as prioritising the payment of pension and gratuity,” David said.

In his remarks, Mr Haruna Ogbole, the Commissioner for Finance, Budget, and Planning, said the essence of the town hall meetings across the three senatorial zone was to get inputs from citizens that would form the base for the state’s 2022 budget.

He added that contributions from the citizenry would be highly beneficial to the budgeting process.

“Participatory budgeting is a process of democratic deliberation and discussion, as well as decision making, by which the citizens decide how to allocate parts of the state’s budget.

“This systematic process allows the people to identify and prioritise public spending on projects and to make real decisions about how funds are utilised,” Ogbole said.

The commissioner said that the Gov. Abdullahi Sule – led administration was determined to change the lives of the people of the state positively through the initiation of quality policies and programmes.

On his part, Mr Ibrahim Ogah, Special Adviser to the governor on Banking and Finance, commended the governor for ensuring transparency and accountability in governance.

He said that the inclusion of citizens in budgeting would promote good governance in the country.

Also speaking, Mr Emmanuel Alidzi, the Permanent Secretary in the ministry, said that the state government was encouraging citizens participation in state policies and programmes for development to thrive.

“The objective is also to recognise and remove barriers to full and effective participation of its citizenry,” he said.

Earlier, Mr Akolo Ataka, the Director of Budget in the ministry, said that the meeting was aimed at encouraging and empowering individuals and communities to participate in government through their input in the budget.

“We have selected you from various communities, Civil Society Organisations (CSOs), Faith-Based Organisations, youth groups among others in order to get your input.

“We want to know your communities’ needs/challenges in order to have a holistic 2022 budget for the overall development of the state,” he said.

The director urged the participants to contribute earnestly during the meeting in their interest and for the development of the state.