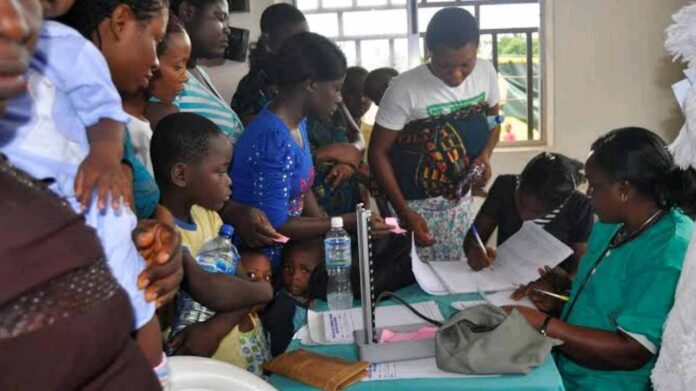 By Rukayat Adeyemi
Lagos, April 28,2021 The Nigeria Council of Registered Insurance Brokers (NCRIB) has called on government at all levels to take more steps to help deepen insurance penetration in Nigeria.

Dr Bola Onigbogi , President/Chairman Governing Council of NCRIB, made the call at a media briefing in Lagos on Wednesday.

According to her, the enforcement of Sections 64 and Section 65 of the Insurance Act 2003, which deal with insurance of property, should be prioritised.

The council’s President urged government to take more strategic position in enforcement of compulsory insurance policies to assist the industry.

Onigbogi said that government must consciously and continually sensitise the insuring public on the importance of insurance, while enforcement must start from the top.

“Without doubt, one would have expected an industry which is two years older than Nigeria to have recorded tremendous feats in its contribution to the nation’s economy.

” Sadly, reverse has been the case, and this is hinged on the numerous challenges such as low penetration, among others, confronting the sector,” she said.

Onigbogi, however, noted that over the years, the National Insurance Commission (NAICOM) had come up with some strategies to deepen insurance penetration.

She acknowledged that some steps taken by the commission were laudable and had moved the industry from where it used to be.

Onigbogi said that the insurance industry was key and should be given the necessary attention in enhancing the nation’s economy.

She said that many companies that ought to have contributed immensely to the development of the nation were no more in existence because they could not get succour when their ship was down.

According to her, many small business owners could also not grow beyond a year because they did not factor in insurance from onset.

Onigbogi commended Mr Darlington Nwokocha, Chairman House Committee on Insurance and Actuarial Matters, for his openness and dexterity in superintending over the process of the Consolidated Insurance Bill.

“It is most heartwarming that the committee has been supportive of the need to ensure continuous survival and viability of insurance broking practice in Nigeria.

“Appreciation also goes to the Commissioner for Insurance, Mr. O. S Thomas, for creating the required regulatory ambiance for all stakeholders in the industry to ventilate their views about the bill, for a more robust and vibrant insurance industry, ” she said.

Onigbogi also called on the federal government to take more steps to improve the security situation in the country to encourage investors.