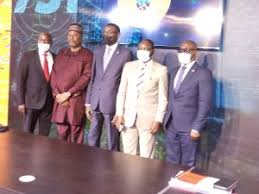 By Christian Ogbonna
Abakaliki, April 27, 2021 The seven-man Visitation Panel to Alex Ekwueme Federal University, Ndufu-Alike, Ebonye, on Monday, arrived at the institution, with a call for memoranda from the university community and the general public.

Naija247news recalls that the team was among the 38 visitation panels to federal universities and four inter-university centres constituted by President Muhammadu Buhari on April 13.

Secretary of the panel, Dr Victoria Pillah, in a statement issued on Tuesday in Abakaliki, advised all concerned to also submit memoranda on the leadership quality of the university.

Pillah explained that the memoranda should also cover the roles of the Governing Council and its relationship with the Vice Chancellor and other principal officers as well as the organs of the institution.

According to him, the panel is charged with the responsibility of determining the financial management of the university, including statutory allocations and internally-generated revenue within the stipulated period.

“The panel will also look into application of funds, particularly the special grants and loans meant for specific projects, in order to determine the status of such projects and their relevance, for further funding,” he said.

The secretary said that the panel would equally examine the adequacy of the staffers and staff development programmes of the university.

“It will also determine the relationship between the university and the various statutory bodies it interacts with, according to its law.

“This is for the purposes of supervision, planning, finance, discipline, guidance and any other relationship, ” she said.
Pillah added that the memoranda should be typewritten, duly signed and addressed to the Chairman, Presidential Visitation Panel to Alex Ekwueme Federal University, Ndufu-Alike, Ebonyi.

“All submissions should be in 10 hard copies and contain the full name, phone number and e-mail address of the sender.

“Copies should be sealed and dropped in the drop box located at the entrance of the Council Chamber, ground floor, Chinedum Nwajiuba Senate Building, Alex-Ekwueme Federal University, Ndufu–Alike.

“Soft copies can also be forwarded to the panel’s email address: pvpaefunai@gmail.com, while closing date for submission is 12 noon of May 6,” she said.

Naija247news reports that the visitation panels were inaugurated by the Minister of Education, Mallam Adamu Adamu on April 13.

The panel is headed by Amb. Usman Sarki, a retired career diplomat and former Deputy Permanent Representative to United Nations.