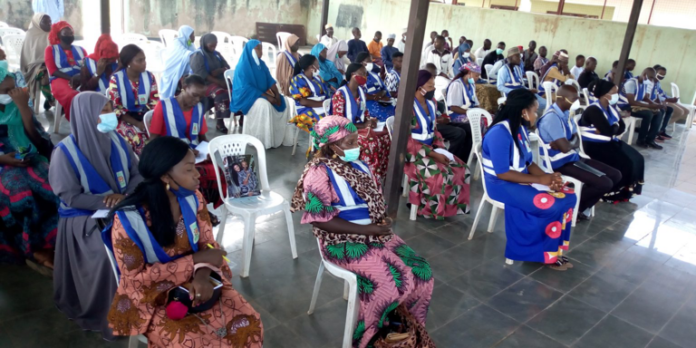 By Peter Okolie
Onitsha (Anambra), April 27, 2021 No fewer than 3,700 persons are to benefit from the nationwide training on sustainable agricultural development scheme organised by the National Directorate of Employment (NDE).
The Acting Director-General of NDE, Mallam Abubakar Fikpo disclosed this on Tuesday during the orientation ceremony of the beneficiaries in Awka, Anambra.
Fikpo said 100 participants will benefit from each of the 36 states including the Federal Capital Territory under the Rural Employment Promotion Department of the NDE.
He noted that the programme was designed for graduates of higher institutions, school leavers and retirees, using experiential learning methods of on-farm demonstrations with tutorials on industry best practices.
The NDE boss said the success of the Sustainable Agricultural Development Training Scheme (SADTS) implementation led to the management approving the scheme to be replicated across the country.
“The seven areas to acquire skills are on crop production, livestock management, Micro-livestock management. food processing, preservation and storage, Agro-services and farm mechanization.
“The scheme involves two weeks of theoretical training and three months of experiential adaptive practical training,” Fikpo, represented by Mr Pascal Edene, said.
Earlier, the Anambra Coordinator of NDE, Mrs Chika Ufelle said that the participants would also be trained on enterprise management, business plan preparation, value enhancing life and skills and success attitudes.
“They are encouraged to form co-operatives in order to benefit from resettlement packages.
“It is our strong belief that after this training, all the participants would have acquired both theoretical and practical knowledge that would enable them succeed in their various chosen agro-ventures.
“They are to become employers of labour, thereby help in growing the economy,” Ufelle stated.
The state co-ordinator commended the Acting D-G of NDE for graciously approving the implementation of the programme at the most auspicious time.
One of the participants, 23-year old Emmanuel Igbena commended the Federal Government for the gesture.
“I am marveled at the knowledge I have acquired so far,” Igbena said.