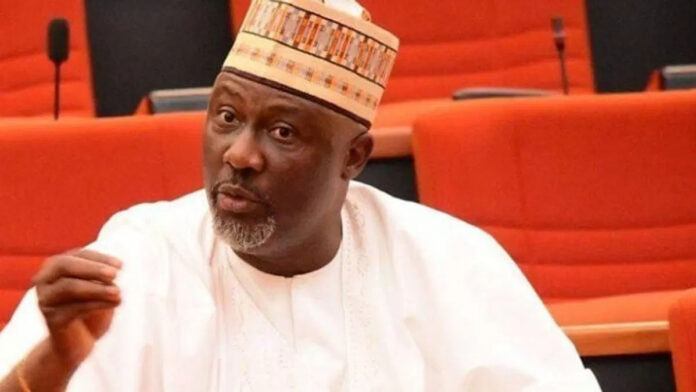 Senator Dino Melaye said on Friday that he had apologised to God and Nigerians for supporting the candidacy of President Muhammadu Buhari in 2015.

He said the agenda that brought Buhari into office was the “greatest scam that came out of Africa”, noting that he regretted supporting Buhari.

Melaye, who once represented Kogi West in the Senate, was in the Peoples Democratic Party before he, alongside other PDP members under the aegis of new PDP, defected to the All Progressives Congress in 2014 ahead of the 2015 general elections.

Buhari was the candidate of the All Progressives Congress in the 2015 presidential election, which he won, defeating the then incumbent president, Dr Goodluck Jonathan.

Speaking on Channels Television’s programme, ‘Politics Today’, Melaye said the Buhari regime had failed Nigerians in all aspects, from security to economy and infrastructure.

“Once I was blind, now I can see. How can one remain in a political party or support a president with what is happening today in Nigeria? How? So, I regret very seriously because we were scammed.”

Responding to the report that the PDP planned to make its 2023 presidential ticket open as against the position of many that the south should produce the next president, Melaye said the party had yet to deliberate on the issue.