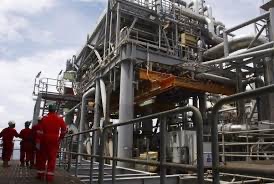 Rehab program for all plants could take 18-24 months

The NNPC is now on track to undertake the complete overhaul of Nigeria’s biggest refinery billed to commence in Q1 2021, sources added.

“Talks on securing the loan, which is about $1 billion actually began late last year (2020) and I can tell you that terms have now been agreed and ready to be disbursed,” a source close to the matter told S&P Global Platts.

The successful negotiations of the funding arrangement, led by African Export-Import Bank, or Afreximbank, has paved way for the NNPC to move to the commercial stage of pre-qualifying bids submitted by local and international companies for the engineering, procurement and construction (EPC) contract award for the rehabilitation of 210,000 b/d Port Harcourt refinery, according to sources.

“NNPC initially was not favorably disposed to the terms proposed by the lenders, but the terms have been sorted out and agreement reached,” another source said.

A spokesman at Afreximbank was unavailable for comment. The Cairo-based bank has played a key role in financing many of Africa’s energy projects.

When initial talks commenced in January, sources had revealed that NNPC would be required to repay the loan with its share of crude produced jointly with foreign partners over a seven-year period. No further was update available to the loan terms.

A spokesman at NNPC declined to comment on the development.

The Port Harcourt refinery complex was shut in March 2019 for the first phase of the repair works after it secured the service of Italy’s Maire Tecnimont to handle the scoping of the refinery complex, with oil major Eni appointed as technical adviser.

On Dec. 1, 2020, NNPC announced that it received seven bids from submitted by local and international companies for EPC contract award for the repairs.

Much-needed revamp
Nigeria is desperate to fix its refineries, but progress has been very slow as finding funds for overhaul program has been very challenging.

Finalizing the engineering, procurement, and construction (EPC) contracts have also been delayed over the past few years.

Nigeria’s refineries, which include the northern 110,000 b/d Kaduna refinery and the 125,000 b/d Warri refinery have been shut down for repairs since early 2019 and NNPC says it expects them to operate at around 90% of capacity when repairs are completed and they resume production by 2023.

But this timeline is expected to be pushed back as 2020 saw numerous delays, exacerbated by the COVID-19 pandemic.

The work at Port Harcourt will be followed by repairs at the Warri and Kaduna plants. The rehabilitation program is estimated to take around 18-24 months.

The refineries have operated sporadically due to years of neglect, forcing Africa’s largest crude producer to rely heavily on imports to meets its domestic fuel needs.

Previous attempts to revamp the refineries have been scuttled after the NNPC failed to secure the necessary funding, estimated at over $1.2 billion.

Nigeria also hopes that the increase in output from the four state-owned refineries, coupled with the startup of the privately-owned Dangote refinery, would help it end its reliance on fuel imports.

The 650,000 b/d Dangote plant in Lagos — set to be Africa’s largest refinery — has faced many delays and is not expected to come on stream until 2022 or 2021, according to industry sources.

The OPEC member imports around 1 million-1.25 million mt/month of gasoline to meet national demand estimated at around 50 million-60 million liters/day.