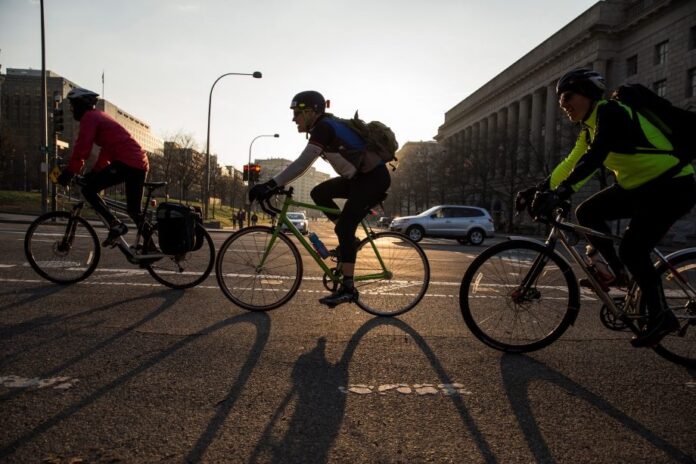 By David Adeoye
Ibadan, Jan. 19, 2021 The Oyo state Executive Council, on Tuesday, approved the sum of N750, 000 for the purchase of 60 bicycles for the pilot phase of its ‘Bike –Sharing Scheme’, within the state secretariat.
The Commissioner for Energy and Mineral Resources, Mr Seun Ashamu, who disclosed this while briefing newsmen on the outcome of the weekly State Executive Council meeting, said the scheme would be piloted, in collaboration with ‘Our Bike Nigeria’, an indigenous company.
“The company will be providing us with 60 bicycles for the pilot, which will last for a period of three months initially. With this, there will be bicycles available for use by members of the public and staff of the state.” he stated.
The commissioner added: “we have members of the public that come into the secretariat at the moment, and they walk around. We also have members of the public, who for one reason or the other, will have to drive for a short journey within the secretariat.
“So, the bicycles will promote a number of things, ease of mobility within the secretariat, and healthy living.
“It is a bike-sharing scheme, what that means is that you can actually enter into the secretariat, through any of the main entrances, pick up a bicycle and ride it to wherever it is that you are going,” he said.
He added: “The bicycles will also be made available to the ministries, departments and agencies so that members of staff can also use them.
“There are protocols and procedures that will guide the use of the bicycles. It is a bike-sharing scheme that has been in Europe and North America, long before we brought it to Africa, and the company we partner with is already operating in about 16 locations in Nigeria.
“We will ensure that all health and safety measures are put in place to ensure that we don’t accelerate or contribute to the spread of coronavirus.”
Also, the Commissioner for Education, Mr Olasunkanmi Olaleye, told newsmen that the Council had also approved the payment of N8billion to the Osun state government, as part of the agreement reached for the sole ownership of the Ladoke Akintola University of Technology (LAUTECH), Ogbomosho.
Olaleye, who disclosed that the money would be paid in four instalments, over a period of three years, explained that the amount represented the outcome of asset sharing, between the two states, agreed to resolve the ownership crisis in favour of Oyo state.
According to the commissioner, the breakdown of the payment showed that N1billion would be paid in January 2021, and a similar tranche to be paid in December 2021, while N3billion would be expected to be paid in 2022, and the balance of N3billion in 2023.