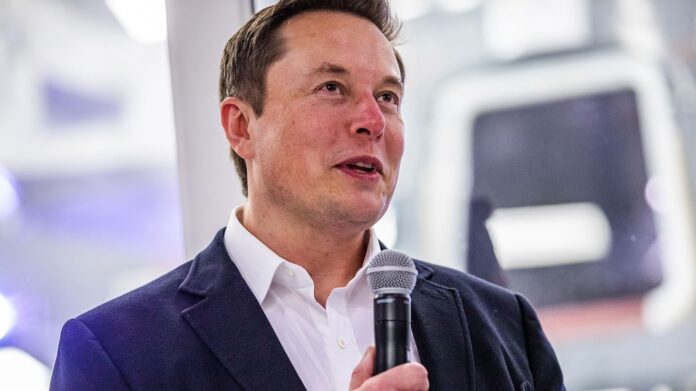 (Bloomberg) — Billionaire Elon Musk said it’s “impossible” to take Tesla Inc. private now even though he would have liked to spend more time on innovation.

“Tesla public company duties are a much bigger factor, but going private is impossible now (sigh),” Musk said in response to a tweet saying he should optimize his time in areas such as innovation. “Engineering, design & general company operations absorb vast majority of my mind & are the fundamental limitation on doing more.”

Tesla shares, which were included in the S&P 500 index this week, have surged eightfold this year ahead of the addition to the benchmark measure. The gain is twice the advance of the next best performer on the gauge. The share price jump also created millionaires among its investors, and propelled Musk’s net worth by $132.2 billion to $159.7 billion, making him the world’s second-richest person, according to the Bloomberg Billionaires Index.

Musk also said Starlink, SpaceX’s budding space-internet business, would likely be a candidate in his group to go public once its revenue growth becomes “reasonably predictable,” echoing similar comments by the company’s president to investors earlier this year.

A listing would give investors a chance to buy into one of the most promising operations within the closely held company. “Right now, we are a private company, but Starlink is the right kind of business that we can go ahead and take public,” she said then.

Investors have to this point had limited ways to own a piece of SpaceX, which has become one of the most richly valued venture-backed companies in the U.S. by dominating the commercial rocket industry.

In addition to a contract from NASA for a version of its next-generation Starship spacecraft that can land astronauts on the moon in 2024, SpaceX also has an agreement with a Japanese entrepreneur for a private flight around the moon in 2023. And it will be ready to launch its first Starship flight to Mars in 2026, Musk said earlier this month.

For more articles like this, please visit us at bloomberg.com

Subscribe now to stay ahead with the most trusted business news source.