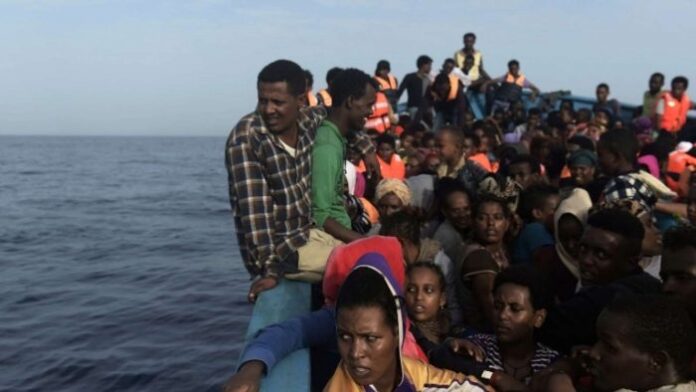 It said that 74 persons out of the number drowned while trying to cross through Libya to Europe on the meditreanean sea on Nov.12.

The leader of the group, Mr Eddy Duru, said this at a press briefing in Owerri on Friday while re-educating the public on the risks and dangers of unplanned journey abroad and reviewing the group’s activities in the year.

He advised individuals, especially the youth, against irregular travels outside the country, saying that they portended dangers, sufferings and loss of lives.

“74 lives drowned in the sea on Nov. 12 while trying to migrate. This figure may not have been reported. In all, we lost over 100 migrants this year to the sea who were trying to cross through Libya to America,” he said.

Duru said that his group had engaged in many acitivites in schools and NYSC camps and had visited some states to create awareness on the best way to travel without incuring pains and lost.

He said the media should be stakeholders in propagating the message that Nigerians should begin to do things right and differently to succeed.

Mrs Comfort Agboko, the Zonal Commander, National Agency for the Prohibition of Trafficking in Persons (NAPTIP) in South East, said the agency had been working with Rarduja as partners to sensitise people against irreglar migration.

She expressed displeasure at the rate Africans, especially Nigerians, got themselves drowned in the mediteranian sea and advised the people to travel properly.

Cecelia Osakwe, the Specail Adviser to Imo Governor on Diaspora Affairs, called on all stakeholders to come together with one idea and one mind to curb irregular migration, saying government could not do it alone.

She said that 71 per cent of human traffickers were women and commended Rarduja for the good work it had been doing.

Osakwe said her office was absolutely committed to the objectives of Rarduja.