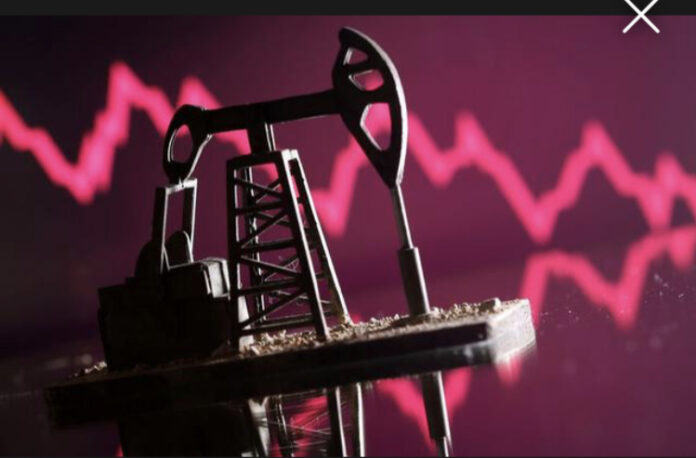 SINGAPORE – Oil prices fell on Monday as a continued surge in coronavirus cases globally forced a series of renewed lockdowns, including strict new measures in Southern California in the United States, the world’s top oil consumer.

Both benchmarks gained for a fifth consecutive week last week.

“COVID restrictive measures and lockdowns across the globe seem poised to keep crude prices heavy in the short term.”

The restrictions in California call for bars, hair and nail salons and tattoo shops to close again.

The southern German region of Bavaria announced on Sunday it would impose a tougher lockdown from Wednesday until Jan. 5, while South Korean authorities heightened social distancing rules for the capital Seoul and surrounding areas that would last until at least the end of the month.

Also weighing on prices, U.S. energy firms last week added oil and natural gas rigs for the 11th time in 12 weeks as producers return to the wellpad even as most are cutting spending this year and next.

Iran, meanwhile, has instructed its oil ministry to prepare installations for production and sale of crude oil at full capacity within three months, state media said on Sunday.

“Adding to the pressure on oil prices is the potential Iranian increase to production in three months. Iran is optimistic the U.S. will ease restrictions if they return back to the 2015 nuclear deal,” Moya added.

China’s exports in November rose at their fastest pace since February 2018, helped by strong global demand and as the recovery in manufacturing in the world’s second-largest economy outpaced those of its major trading partners.