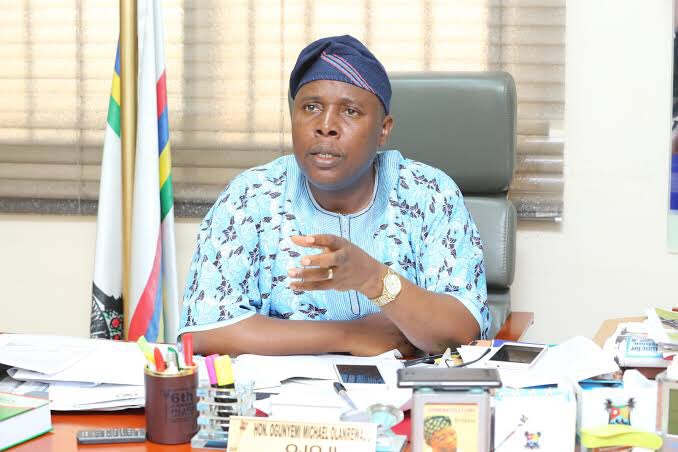 By Yemi Adeleye
Lagos, Dec. 6, 2020 The ruling All Progressives Congress (APC) in Lagos State has described the opposition Peoples Democratic Party (PDP)’s reaction to its defeat in Saturday’s Lagos East by-elections as ridiculous.

APC state Publicity Secretary, Seye Oladejo, said in a statement on Sunday that PDP’s claim that INEC allocated votes to APC “can best be described as a comic relief from the recent pressure and challenges.”

Oladejo said: “It (APC victory) was a referendum on the spineless and ineffectual opposition that the PDP has been providing in Lagos State for over two decades.

“The age-long disharmony and lack of coordination in the PDP effectively laid the foundation for the permanent trouncing of the opposition party in Lagos state.

“The impressive performance of the ruling party, APC, in the determined implementation of its progressive policies has made PDP a taboo in Lagos State.

“It’s a big surprise that the PDP state chairman could complain about the results of the elections that he was too busy to campaign for his candidates.”

According to him, while PDP was busy conducting fake personal opinion polls, the ruling APC was reaching out to the voters with life changing programmes, manifestos and policies that are relevant to the challenges of the day.

“However, we emphatize with Engr. Doherty who must still be dazed by the total annihilation.

“The by-elections will go down in history as one of the best in terms of conduct by INEC, the professionalism of the security agents and the fact that the results truly reflected the popular will,” Oladejo added.

Earlier, the state PDP Chairman, Adedeji Doherty, had described the Saturday’s Senatorial and House of Assembly by-elections in the state as a charade, accusing INEC of allocating votes to the APC.

The PDP, however, said that the party had learnt relevant lessons, assuring that Lagos would be rescued from APC and its leadership that had held down Lagos State for over twenty years.

“In an attempt to do image laundering after the EndSARS embarrassment, the APC in collaboration with INEC went about allocating ridiculous votes to party against the PDP in the just-concluded Senatorial and House of Assembly Elections.

“This was done to give impression that the APC and their leader are still in firm control of Lagos, which is obviously far from the truth and does not represent the true position of Lagosians.

“We all know that the voters apathy alone negates the votes allotted to the APC, as less than 10 per cent of the voters in Lagos State took part in the elections.

“Even in spite of the lack of interest in the elections by Lagosians, we are all aware of the massive vote buying by the APC, using state funds.

“To the APC in Lagos, this devilish and draconian trend of cash for votes is worthy of celebration as evidence of control of the electorate, but we assure that this will end very soon, ” Doherty said in a statement of Sunday.

According to him, the PDP understands the reality of the difficult and manipulative ways of staggered elections, assuring residents that all hope is not lost as the party will be more than ready before the 2023 general elections.

INEC earlier on Sunday declared Mr Tokunbo Abiru and Femi Saheed, both candidates of the All Progressives Congress (APC), as winners of Lagos East Senatorial and Kosofe II by-elections, respectively.