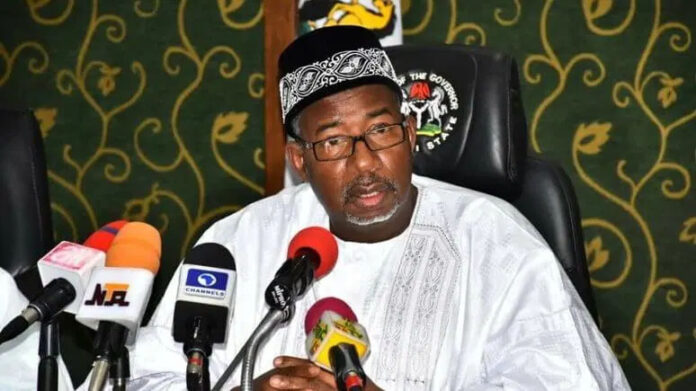 By Ayinde Olaide
Bauchi, Dec. 6, 2020 Gov. Bala Mohammed of Bauchi State has appealed to supporters of his party, the Peoples Democratic Party (PDP), to accept defeat in the Dass constituency by-election held in the state on Saturday.
The governor made the appeal in a statement issued by his Senior Special Assistant (SSA) on Media, Mr Mukhtar Gidado, in Bauchi on Sunday.
According to him, party members and supporters should accept the outcome of the election with dignity and in the spirit of sportsmanship.
While describing the PDP’s loss at the election as the will of God, the governor urged party faithful not to be divided by what he called a temporary setback.
Mohammed said that the loss was a lesson for all, adding that that as warriors, both his government and the party needed to plan to regain their lost ground with chivalry, tactics and teamwork.
“All praises and adoration belong to Allah. The loss of our party is a lesson for all of us, but no one is to be blamed.
“Remember that we lost 21 House of Assembly seats and the Senate seats in 2019, but Allah gave us victory in the gubernatorial election.
“Let us not play to the gallery by indulging in blame game, internal rancour, accusations and mistrust,” he said.
The governor further appreciated all PDP members in the state for their support and contributions towards ensuring the success of his administration.
Naija247news reports that the Independent National Electoral Commission (INEC) had, on Sunday, declared Bala Lukshi of the All Progressives Congress (APC) winner of the by-election.
The Returning Officer, Prof. Ahmed Mohammed of Abubakar Tafawa Balewa University (ATBU) Bauchi, had announced the result in Dass.
He said that the APC candidate polled 12,299 to defeat Lawal Wundi of PDP who scored 11,062 votes.