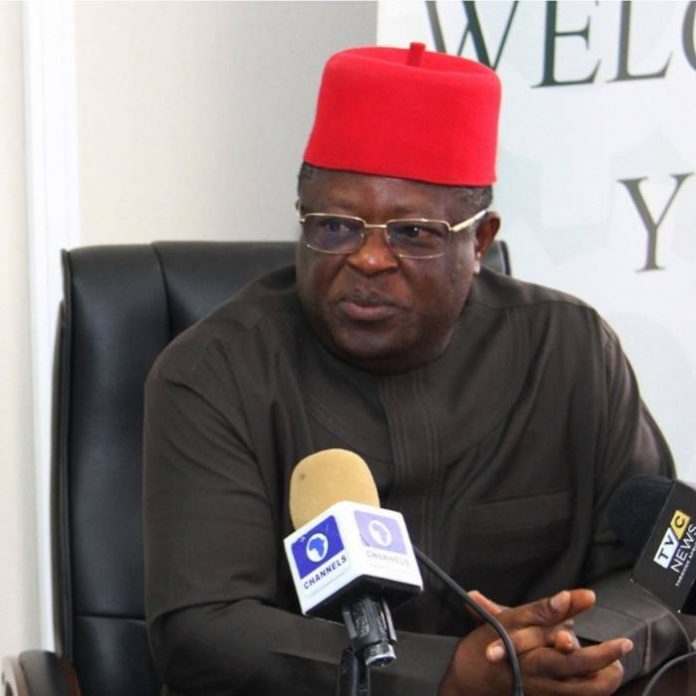 Nweze, one of the main facilitators of the governor’s defection, told the News Agency of Nigeria (NAN) on Saturday in Abakaliki that such statements were inflammatory and unnecessary.

The pioneer APC Ebonyi Secretary also added that such statements were already creating political tension in the state, three years ahead of the 2023 general elections.

“It is unfortunate that the governor should be receiving such verbal onslaughts for following his mind politically in order to liberate his people.

“Umahi is still serving his tenure with creditable performances and should therefore be accorded respect as an incumbent governor,” he said.

Nweze, a former Executive and later Caretaker Chairman of Ohaozara Local Government Area of the state, said that the governor should instead be supported because his political course was in the state’s and South East zone’s interest.

“Political leaders in the state especially those in the opposition should quietly remain in their political abodes if they are not comfortable with the governor’s decision to defect to the APC.

“The main opposition party has the right to feel bad over the defection of someone considered as an Iroko within its fold.

“The party’s leaders and members should remember that the governor has the right to belong to any political party of his choice and at any time.

“He is not the first governor or politician to defect from one party to the other as most politicians currently in the main opposition defected from the APC and other political parties in the country,” he said.

The former Vice Chairman of the state’s branch of the Association of Local Governments of Nigeria (ALGON) noted that the governor harkened to the voice of reason and realised that the APC offers the hope for the Igbos to end the political, social and economic marginalisation against them.

“It is time for the Igbo to be heard at the centre and make a deserved, timely stake at the much desired presidency of the country,” he said.