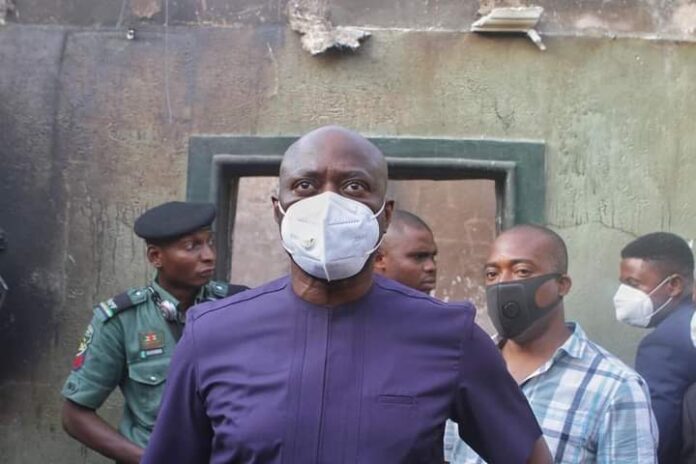 Ibadan, Nov. 24, 2020 Gov. Seyi Makinde of Oyo State has promised to donate N1o million to help in rebuilding some parts of Sasa Market that was razed down by fire on Nov. 16.

Makinde, who visited the market in Ibadan on Tuesday, described the inferno, whose cause is not known, as an unfortunate and heart-breaking incident.

The governor, while addressing traders at the market, said, “First, I came to let you know that the government is with you. We will rebuild the shops that were burnt.

“I am also here to sensitise you all that during this dry season, you should be careful and watch out for fire incidents.

“We have been having fire incidents at our markets because we are into the dry season now.”

Naija247news reports that Gov. Makinde later visited the Palace of the Hausa/Fulani leader in the area, Sarkin Saba and Sardaunan Yamma, Seriki Sasa.

The governor commended the Hausa/Fulani leader for his support to the state government, promising to find lasting ways of settling the rancour among traders in the market.

In his response, Sardaunan Yamma appreciated the governor for the assistance to rebuild the burnt market, and appealed to him to assist in maintaining peace among traders in the market.