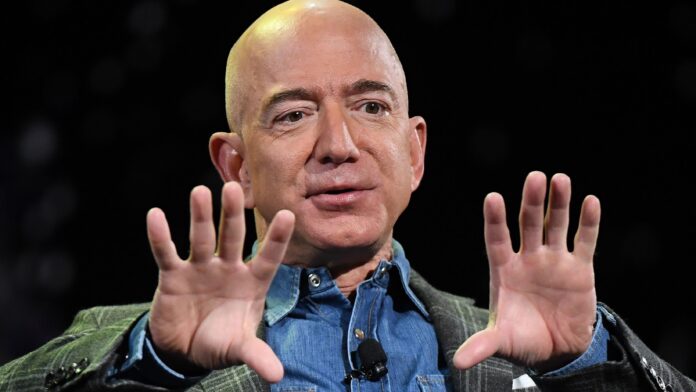 Amazon CEO Jeff Bezos has sold more than $3 billion shares in his company this week, according to filings with the Securities and Exchange Commission.

The sales this week bring his total cash out in 2020 to more than $10 billion so far.

Amazon CEO Jeff Bezos this week has sold more than $3 billion worth of shares in his company, according to filings with the Securities and Exchange Commission compiled by OpenInsider.

Even with the latest stock sale, Bezos still owns more than 53 million shares worth nearly $170 billion, making him the richest person in the world.

The transactions were made as part of a prearranged 10b5-1 trading plan, according to the filings. Amazon declined to comment on the latest sale.

Bezos has previously said he sells about $1 billion of Amazon stock each year to fund his rocket start-up, Blue Origin. Additionally, the Amazon CEO in February launched a $10 billion Earth Fund to combat the effects of climate change, which will issue grants to scientists, activists and other organizations.

While Bezos hasn’t yet announced the recipients of the fund, The Atlantic reported Tuesday that Bezos is expected to give $100 million each to the Nature Conservancy, the Environmental Defense Fund, the Natural Resources Defense Council and the World Wildlife Fund.