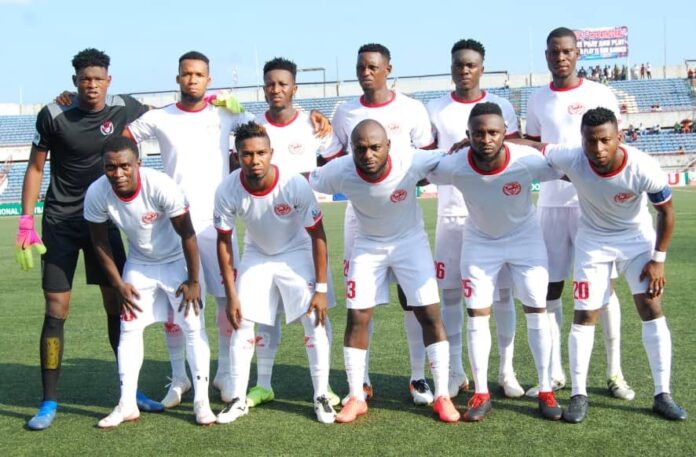 By Nicholas Obisike
Enugu, Nov. 1, 2020 The Management of Rangers International FC of Enugu has announced the completion of medical tests and resumption of field activities for staff and players ahead of the new football season.
The club media officer, Norbert Okolie, made this known in a statement on Sunday in Enugu, obtained by journalists
According to Okolie, the medical examination was conducted by a team of doctors, led by Dr. Wen Udeoji, the club’s team Doctor.
“All the players participated in the exercise,” he stated.
He said that Coach Salisu Yusuf and other members of the coaching crew took the players round the main bowl of Nnamdi Azikiwe stadium for the first feel of the pitch in the last seven months.
The media officer recalled that coach Yusuf, after the training session, congratulated the players for making the list of players to adorn the club’ colours in the coming season.
Yusuf also charged them to raise their game as the team chases a double in the forthcoming Nigeria Professional Football League (NPFL) season expected to kickoff soon.
Team captain Tope Olusesi, said he was happy that the team had come together again, adding “We want to reciprocate the good gesture of the Enugu State Government and the good people of the state as well as our teaming supporters all over the world,” Olusesi said.