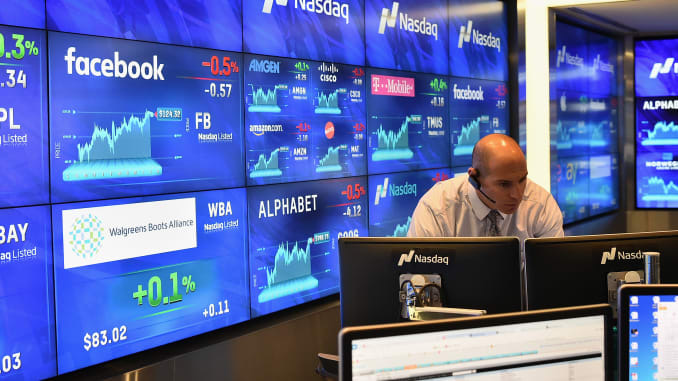 Facebook stock remained relatively flat on Thursday after the company reported a decrease in users in the U.S. and Canada but moderate revenue growth in its third-quarter earnings.

In the U.S. and Canada, Facebook’s user base fell to 196 million daily active users from 198 million a quarter earlier.

The StopHateForProfit ad boycott did not seem to impact the company’s advertising revenue, which was up 22% compared to a year ago.

Facebook reports EPS beat $2.71 v. $1.91 estimated
Facebook stock was down more than 2% on Thursday after the company reported a decrease in users in the U.S. and Canada but moderate revenue growth in its third-quarter earnings.

Its user base in Europe remained flat at 305 million daily active users for the third consecutive quarter.

Facebook said it counts 3.21 billion monthly users across its family of apps, compared to 3.14 billion in the previous quarter. This metric is used to measure Facebook’s total user base across its main app, Instagram, Messenger and WhatsApp.

The StopHateForProfit ad boycott did not seem to impact the company’s advertising business, with ad revenue up 22% compared to a year ago. Additionally, the company now has 10 million active advertisers, CEO Mark Zuckerberg said on an earnings call. That’s up from 9 million in July. The boycott included more than 1,000 advertisers that paused ads on the social network during the month of July in protest of the company’s hate speech and misinformation policies.

Facebook’s “Other” revenue came in at $249 million for the quarter, down 7% compared to last year. This includes sales of Oculus virtual reality headsets and the Portal video-chatting devices. However, the company said sales of the Oculus Quest 2 have been strong and could benefit its “Other” revenue in the fourth quarter.

Despite Apple’s decision to delay ad tracking changes to iOS 14, Facebook still anticipates that it could be a problem.

“In addition, we expect more significant targeting and measurement headwinds in 2021,” the company said in its earnings report. “This includes headwinds from platform changes, notably on Apple iOS 14, as well as those from the evolving regulatory landscape.”