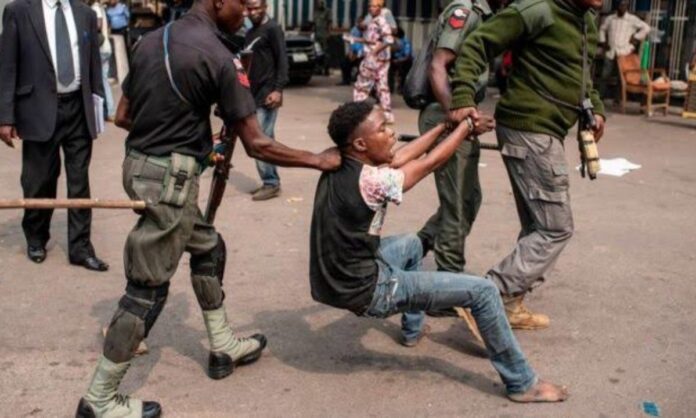 Abuja, Oct. 21, 2020 The Presbyterian Church of Nigeria has called for an end to repeated police brutality and extrajudicial killings in the country.

His Eminence, Nzie Nsi Eke, the Prelate and Moderator of the church, made the call in a statement signed by Rev. Nnoke Ibe, Head of its Information and Public Affairs.

Eke said that the church was also calling for an end to extortion, abuse of power and extrajudicial killings in every form by the police force.

“I and the entire members of the church have viewed with growing concern the social upheaval and citizen-demonstrations that have greeted the repeated brutality perpetrated by some SARS operatives.

“It is sad to note that reports of such illegal activities of these security personnel did not begin recently, but have continually been the concerns of Nigerians over the years.

“The stringent calls by well-meaning Nigerians and victims of such brutality have gone unheeded and those bad elements in the squad continued to unleash violence and even death upon innocent Nigerians.

“The Presbyterian Church of Nigeria believes that these current peaceful demonstrations by Nigerians, particularly the youth, (who seem to be the major targets of police brutality), could have been avoided if the Federal Government had acted decisively earlier,’’ he said.

Eke said the church was, however, relieved that President Muhammadu Buhari had recently condemned the actions of the few SARS operatives giving the police a bad name and image over the years.

“Also, the church is delighted that the president has directed that the infamous unit that has been involved in many extrajudicial killings and abuse of power be disbanded with immediate effect.

“These actions, though seemingly belated, are welcomed by a cross-section of Nigerians and the Presbyterian Church of Nigeria,’’ he said.

The church, he said, however, called on the government to pursue a far-reaching security policy that would be all-embracing to give the Nigeria Police Force a better platform to continue with their legal duties.

“The church believes in the importance of the Force and is willing to support the officers and men of the security outfit in their onerous task of securing the lives and properties of the citizens.

“The church calls on the government to enhance the training policy of the officers and men of the Police Force.

“The government should also provide better and modern security and intelligence equipment and install a better motivational policy that will encourage the personnel in their duties,’’ he said.

According to him, the Presbyterian Church of Nigeria calls on all security outfits to continue to show restraint in handling the current public outcry and demonstrations.

“The church affirms that it remains the unalienable right of the citizens to express their feelings on social matters that directly concern them,’’ he said.

Eke, however, enjoined Nigerians, particularly the youth to express their feelings without resorting to violence and other illegal actions.

“They should remain resolute in their pursuit for a better living condition for the citizens of Nigeria.

“The Presbyterian Church of Nigeria prays that soon, God Almighty will help the nation overcome the current challenges,’’ he said.