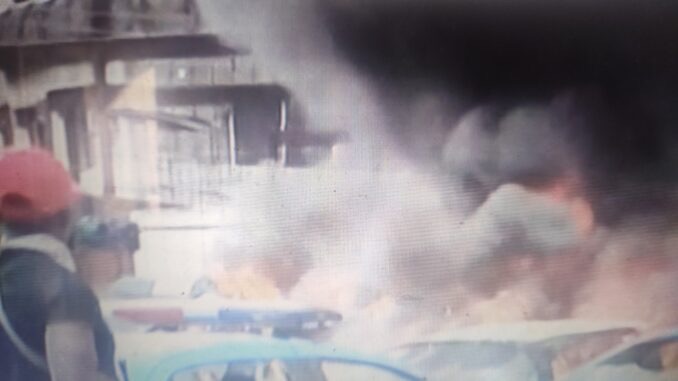 By Aisha Cole
Lagos, Oct. 21, 2020 (NAN) Some hoodlums on Wednesday stormed the Lagos Command of the Federal Road Safety Corps (FRSC) in Ojodu where they vandalised and set ablaze several patrol vehicles.
Olusegun Ogungbemide, Lagos FRSC Sector Commander, confirmed the incident to the News Agency of Nigeria (NAN) on Wednesday in Lagos.
“The hoodlums came into the FRSC premises at Ojodu, Lagos headquarters, vandalised the office and set some petrol vehicles on fire.
“The police arrived and brought the situation under control. But we became vulnerable the moment the police left around 6 p.m. because the hoodlums started returning to the are premises.
“With the efforts FRSC had put in saving people’s lives, I don’t think it deserve this kind of attack.
“We have paid our dues in the area of contributing to lives and growth of the nation. So this is unwarranted and unnecessary,” the FRSC boss said.
Ogunbemide noted that by virtue of their jobs, the corps officials were very calm and could not understand reasons for the vandalism.