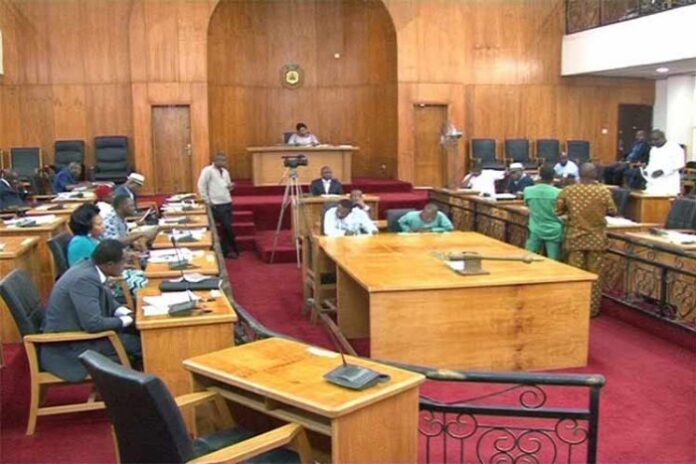 Awka, Oct. 22, 2020 Following the #EndSARS protests and unrest in the country, the 2021 budget presentation scheduled for Thursday by Gov. Willie Obiano has been postponed indefinitely.

According to Mr Uche Okafor, Speaker, Anambra State House of Assembly, who conveyed the governor’s message at plenary in Awka, said a new date will be communicated to the House.

“Due to the #EndSARS protests and unrest in the country, Gov. Willie Obiano will not be presenting the 2021 budget proposal as scheduled.

“He said he owes it to residents of the state to ensure the security of lives and property, which is more important.

“He said that the government is looking into the security situation in the state to ensure calm and when this is achieved, a new date will be fixed for the budget presentation.

“The Governor urges residents to support the efforts of the government to ensure security for all,’’ he said.

The Speaker commended Gov. Obiano for sacking James Nwafor as his senior special assistant on security following accusation by multiple sources of his alleged connection with various extrajudicial killings of suspects by SARS.

He said that the accusations were directed at him during his time as the Officer Commanding (OC) of Anambra State SÁRS.

Okafor said that the Assembly was in full and total support of the #EndSARS protests in the country.

He, however, appealed to the youth to be peaceful in their #EndSARS and bad governance protests across the country.

He also applauded the protesters for the courageous manner in which they had come out en-mass to press home their demands.

He criticised the manner and dimension the protests had turned out in some parts of the country, especially as it had resulted to killings and destruction of property.

“I urge our youth to remain peaceful and calm as they protest because violence cannot solve any problem, rather it will cause setbacks.’’