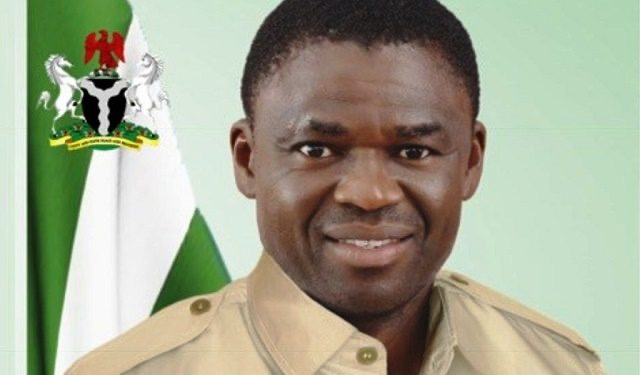 Benin, Oct. 21, 2020 Edo Deputy Governor Philip Shuaibu says there is no iota of truth in the claim that he has sidelined Godwin Dudu-Orumen, the Executive Chairman, Edo Sports Commission from his duties as the state prepares to host the 2020 National Sports Festival (NSF), tagged “Edo 2020”.

The denial came after Dudu-orumen told the News Agency of Nigeria ( NAN) on Wednesday in Abuja that the deputy governor had sidelined him in matters of the NSF.

Dudu-Orumen made the assertion when a correspondent asked to know the state’s level of preparation for the festival following the lifting of the ban on contact sports by the Presidential Task Force (PTF) on COVID-19.

He said that Philip Shuaibu, the Edo Deputy Governor, who is also the Chairman, Local Organising Committee (LOC) of the festival, was the right person to know about the preparations.

“The Deputy Governor of Edo, Mr Philip Shuaibu, is in a better position to answer questions on the National Sports Festival; I am a spectator.

“Statutorily, I am in charge of sports, but politically the deputy governor won’t let me do my job; so I am watching,” he said.

Dudu-Orume had said he was a mere appointee as chairman of the sports commission with no knowledge of the goings on about the NSF.

But swiftly, Shuaibu, through Musa Ebomhiana, his Chief Press Secretary, denied the allegation, saying Odudu-Orumen remained the dejure and defacto chairman of the sports commission in the state.

Shaibu is the Chairman, Local Organising Committee (LOC) of the festival, he said.
Ebomhiana said : “It is unfortunate if Dudu-Orumen said so. As it is today, he is the dejure and defacto chairman of the sports commission in the state.

“Nobody has taken over his position. Like I said, he is the dejure and defacto chairman of the sports commission as it stands today.

“He is just being economical with the truth. The deputy governor will not descend to the level of taking over his job as chairman of the sports commission.”

According to the chief press secretary, the deputy governor was among those who made him the chairman in the first place. The governor and his deputy presided over his appointment.

“As the man who superintends sport in the state, he can not descend to the level of taking over the job he himself gave out.
“As you are aware, the presidency has announced commencement of contact sports from 19th, which was two days ago.

“And you and I know what the situation has been in the past two days across the states.

“There’s nothing tangible that has happened for now. And the Council of Sports has to meet and advice Mr President on further pronouncement,” he said.

Naija247news reports that COVID-19 pandemic which led to the suspension of sports activities since March 18, caused the indefinite suspension of the National Sports Festival which was originally scheduled for between March 22 and April 1.

It was also initially moved to between Oct. 3 and Oct. 13 and later scheduled to now hold between Oct. 25 and Nov. 4.