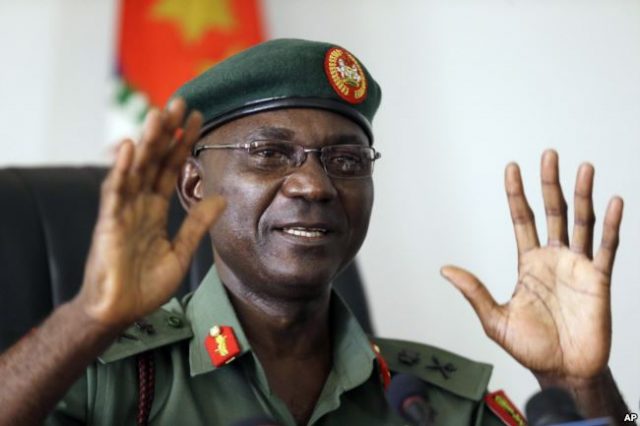 Abuja, Oct. 21, 2020 The Defence Headquartres says the sustained air strikes against terrorists’ elements in the North East have destroyed another camp of Islamic States of West Africa Province (ISWAP) in Borno.

The Coordinator, Defence Media Operations, Maj.-Gen. John Enenche, disclosed this in a statement on Wednesday in Abuja.

Enenche said the ISWAP training camp that was destroyed was located at Tumbun Barorowa on the fringes of Lake Chad in Borno.

He said the air strikes were conducted by the Air Component of Operation Lafiya Dole under subsidiary ‘Operation Wutar Tabki’.

Enenche said the air interdiction mission was undertaken on Oct. 19, sequel to credible Human Intelligence (HUMINT) reports which indicated that the settlement served as venue for the training of ISWAP fighters.

“Confirmatory aerial surveillance missions also led to the identification of some structures under dense vegetation within the settlement where the terrorists store their small arms and logistics supplies.

“Consequently, the Air Task Force dispatched an appropriate force package of Nigerian Air Force (NAF) fighter jets and helicopter gunships, whose barrage of bombs and rockets hit the target structures, some of which were seen engulfed in flames with thick black smoke.

“Several ISWAP fighters, who were observed firing at the attack aircraft, were also neutralised in the process,” he said.