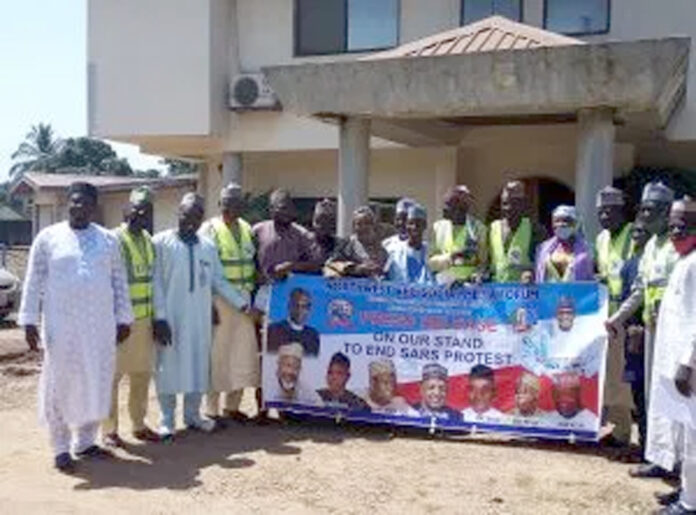 Kaduna, Oct. 21, 2020 The North-West chapter of the All Progressive Congress Social Media Forum (NASMEF), has condemned the attack and destruction of public properties by protesters in some states in the country.

Chairman of NASMEF, Ahmed Gumel, made the condemnation at a news briefing on Wednesday in Kaduna.

According to him, the hitherto peaceful #EndSARS protest in some parts of Nigeria has taken another dimension, in spite of the positive response to the protesters demands by government.

“To our surprise and dismay, the protesters are still blocking major roads that link major cities, hospitals, airports, markets and schools, which clearly encourages thuggery and violent activities,” he said.

He noted that the violence in Edo, Lagos and other states had led to the imposition of 24-hour curfew in the states.

“Such mayhem also occurred in Kano and Plateau states, where shopping malls and supermarkets were looted and cars vandalised and burnt to ashes.”

According to him, the vandalism will affect socio-economic activities in the states and Nigeria at large and further demean the country in the eyes of the international community.

He alleged that the protest has been hijacked by some opposition politicians, miscreants, unpatriotic and enemies of Nigeria, wanting to cripple and discredit the country locally and internationally.

Gumel appealed to Nigerians, particularly the youths to be wary of being used as instruments to destabilise the country.

“We are advising patriotic Nigerian youths to avoid joining or supporting any activity that may end up leading the country backwards or lead to unwanted loss of lives and properties,” Gumel said.

He urged Nigerians especially the youths to continue to support the present administration in its efforts to deliver dividends of democracy.