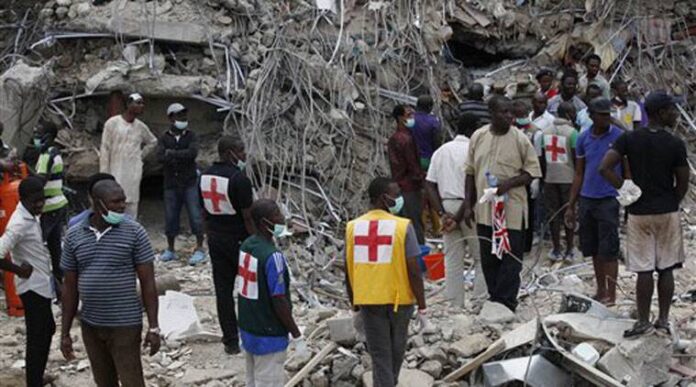 Francis Gomado, the spokesman for the Eastern regional command of the Ghana Police Service, said seven injured persons were also receiving treatment at the hospital.

Gomado told Xinhua “Police personnel and the military drawn from the jungle warfare training school in Achiase are on the ground assisting in the rescue, and we believe there are people still trapped down there.’’

A three-story church building of the Church of Prosperity collapsed at Akyem Batabi in the Eastern region of Ghana Tuesday, trapping at least 65 worshipers.