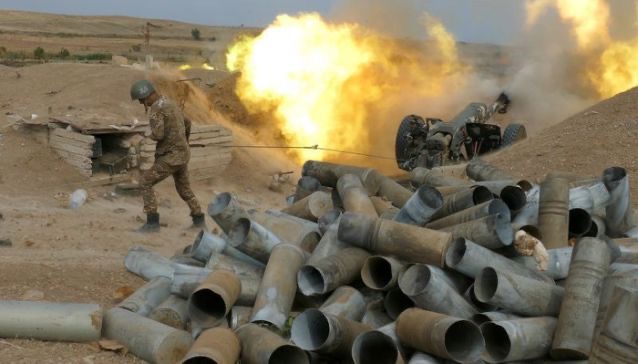 Tehran, Oct. 7, 2020 (dpa/Naija247news) Iranian President Hassan Rowhani has warned of the eruption of a regional conflict in the southern Caucasus in the context of heavy fighting in the disputed Nagorno-Karabakh region.

“We should be terribly careful this conflict does not turn into a regional war, because definitely nobody would profit from that,” Rowhani told state television on Wednesday.

He had conveyed this, he said, “clearly and precisely” to Azerbaijan’s president and Armenia’s prime minister.

Rowhani offered Tehran could act as a mediator.

The conflict in Nagorno-Karabakh puts Iran in a political dilemma, as it has friendly relations with both sides.

Millions of Iranian Azeris and over 150,000 Armenians live in Iran.

Regional actors could, he warned, be dragged into the conflict through an increasing amount of disinformation.

Borell told the European Parliament in Brussels that the only solution is to go back to the negotiation table.

“But this negotiation table has been open for the last 30 years without any kind of advance,” he added.

Azerbaijan and Armenia fought a war over the disputed Nagorno-Karabakh region in the late 1980s and the early 1990s as they transitioned into independent countries amid the dissolution of the Soviet Union.

“War is not an alternative,” Borell said.