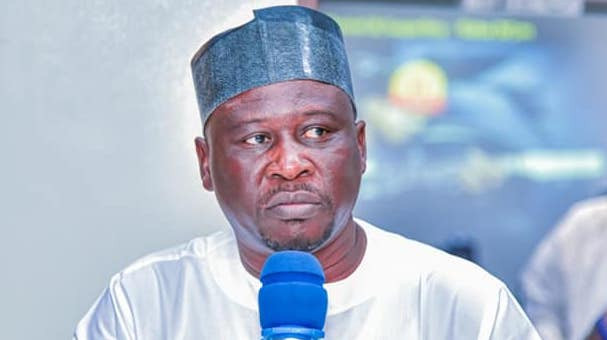 The Chairman of the Fund, Gen. Theophilus Danjuma (Rtd), stated this while inaugurating the rehabilitated council’s secretariat on Tuesday in Hong, Adamawa.

Danjuma, represented by the Assistant Inspector-General of Police (AIG), Aisha Abubakar, who is also a member of the VSF committee, said the Fund was established in 2014 to support communities affected by the insurgency in the Northeast.

He said the Fund had rehabilitated and reconstructed public structures ravaged by the insurgents in various communities in the region, to fast track resettlement and restoration of civil authorities.

The Chairman listed other inaugurated projects to include three blocks of hostels and four classroom blocks at Bazza Secondary Schools in Michika LGA.

In a remark, Prof. Sunday Ocheche, Executive Director of the Fund, said that about N162 million was expended on the rehabilitation projects.

Ocheche explained that the projects were designed to fast track re-establishment of governance and restoration of basic social amenities in the affected areas.

“The Fund is working to restore life to normalcy for the people who suffered devastation from the insurgency,” he said.

According to him, the projects are spread across Adamawa, Borno and Gombe States, adding that a police post was rehabilitated in Askira Uba, Borno.

Ocheche revealed further that the Fund also constructed two blocks of three classrooms, one block of VIP toilet and an administration block in Gombe State.

According to him, the projects also include the construction of perimeter fencing and provision of solar powered borehole each at Liji primary school and Bajoga Government Secondary School in Funakaye LGA.

Ochehe added that the Fund was providing intervention to enhance access to quality education and psychosocial support services.

Also speaking, Gov. Ahmadu Fintiri, lauded the gesture, adding that it would improve the social and economic wellbeing of the people.

Fintiri, represented by Dr Umar Pella, the state’s Commissioner for Information, reiterated the readiness of the state to partner with organisations for meaningful development in the state.