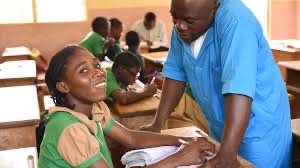 Umuahia, Oct. 6, 2020 An Orthopaedic Surgeon, Dr Peace Amaraegbulam, has urged state governments to domesticate the Disability Act “to minimise discrimination against people living with cerebral palsy and other forms of disabilities.”

Amaraegbulam, a Consultant at the Federal Medical Centre (FMC) Umuahia, made the call in an interview with journalists in Umuahia on Tuesday.

The consultant, who spoke in commemoration of the 2020 World Cerebral Palsy Day, said that when adopted, it would promote the psychological status and social inclusion of persons living with disabilities.

NAN reports that President Muhammadu Buhari signed into law the Discrimination Against Persons With Disabilities (Prohibition) Act 2019 on Jan. 23, 2019.

Since then, only 10 states had been able to pass the law, namely Anambra, Bauchi, Ekiti, Jigawa, Kano, Kogi, Kwara, Lagos, Ondo and Plateau.

On the significance of the Cerebral Palsy Day, Amaraegbulam said Oct. 6 of every year was set aside to bring attention to the lives of people living with the condition and to proffer solutions that would reduce their sufferings.

She said that cerebral palsy was the commonest cause of physical disability in children.

According to her, the disorder is caused by damage to the immature brain, which can happen when the child is still in the womb, at the time of delivery or immediately after birth till four years.

In Nigeria, Amaraegbulam explained, the commonest cause of cerebral palsy had been found to be birth asphyxia – a condition which occurs when a baby is unable to receive enough oxygen before, during or just after birth.

She said other causes were jaundice and prematurity of the baby, stressing that “the commonest manifestation is that the child is not moving; not controlling movement.

“That is why a lot of times, children who have cerebral palsy have movement disorders.

“A lot of parents don’t really understand what this cerebral palsy is all about. So, they tend to ignore these children, discriminate against them.

“Even the society in general looks down on them and as a result, people call them imbeciles because they think they don’t know anything, whereas a lot of them are intellectually active and super intelligent.”

Amaraegbulam, who is also the Founding Chairman of the Straight Child Foundation, a Non-Government Organisation that focuses on children with disabilities and deformities, warned against discrimination of people with cerebral palsy.

She called for early intervention, saying that the aim was to achieve functional independence.

“When you start early, there is this concept of neuroplasticity, where the brain can actually make some adjustments and become more functional,” Amaraegbulam said.