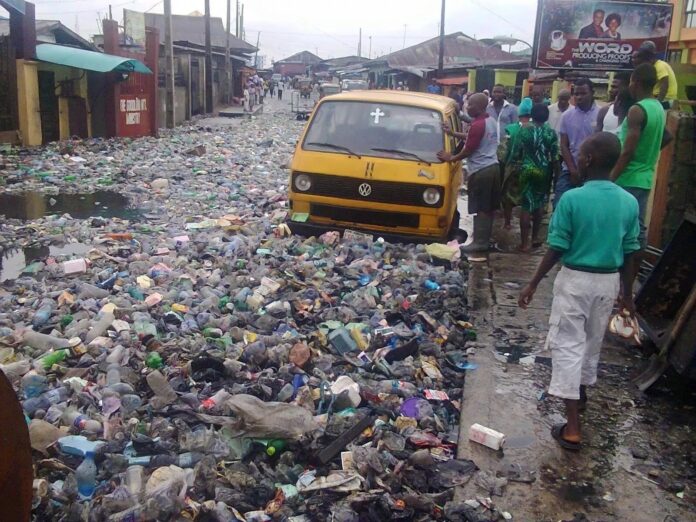 Ibadan, Oct. 5, 2020 The Oyo State Government says it has so far generated about N6million fines and penalties from environmental offenders.

Dr Lateef Oyeleke, the Commissioner for Environment and Natural Resources, disclosed this on Monday in Ibadan while addressing newsmen over the seizure of vehicles used in disposing refuse illegally in different parts of Ibadan.

Oyeleke also said that no fewer than 200 erring members of the public have been arrested and prosecuted for illegally disposing waste at unauthorized places, failure to provide standard refuse dumps in their premises, obstruction/assault of government officials on duty and failure to register with accredited refuse collector.

According to the commissioner, government set up Environmental Task Force to ensure that people comply with all the environmental laws and regulations.

He assured the people that the task force will continue to enforce laws and regulations that will enhance promotion of healthy and hygienic environment.

He stressed that the task force would will on arresting those who want to sabotage the efforts of the government in achieving a very clean, safe and healthy environment in Oyo state.

In his contribution, the Chairman of the Task Force, Francis Ojomo, an Assistant Commissioner of Police (ACP), said “it is a shame that the state is still grappling with people obeying environmental laws, despite the volume of sensitisation, a change of attitude is non-negotiable as the task force will not relent from arresting and prosecuting offenders.

“It is unfortunate that the ultimate success that we should be proud of has to do with people obeying environmental laws in the state, but that has not been the situation.

“That notwithstanding, in the last thee months we have kickstarted work in Oyo State, we have posted over N6million to the coffers of the state government and have arrested and prosecuted over 200 culprits.

“As I said, what we expect that going by the volume of sensitization that has gone into our service, people by now would have changed their ways by complying with the laws that touch on the environment in Oyo state but that is not the situation.

“From close observation, we discovered that all strata of the society, both educated and uneducated people, learned or not, are culprits.

“Change of attitude is what we need in a period like this. And everybody should understand that when we treat our environment, it will have a ripple effect, healthwise, in the areas of economy and all strata of human endeavours will be affected adversely”, Ojomo stated

Also, Mr Kazeem Bolarinwa, a member of the task force, decried the lack of attitudinal change imbibed by some individuals who engaged in indiscrimiate dumping of refuse.

“The team has been trying to make sure that there is a paradigm shift in the way our environment has always been treated. It is not going to be the same way it has been held with levity.

“What we observed was that the perpetrators dump the refuse in the wee hours of the day using the night as cover or very early in the morning when movement is still very low.