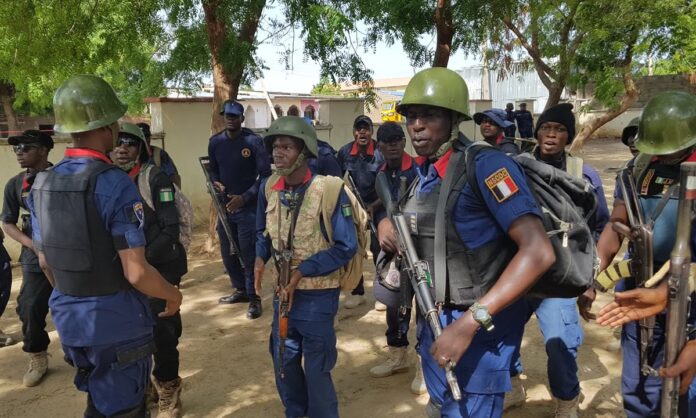 Mr Abdullahi Gana, Commandant General, NSCDC, disclosed this in a statement signed by the Corps Public Relations Officer, Mr Emmanuel Okeh and made available to journalists on Tuesday in Abuja.

“CIPU would be deployed for the protection of Critical Infrastructure and National Assets, which are easy targets of vandalism during and after elections.

“The surveillance and intelligence have been deployed ahead of the election for covert operations and provision of 24 hours surveillance.

“Personnel deployed have been trained on the protocols of COVID-19 and would all be provided with face masks and hand sanitizers.

The CG directed Deputy Commandant General Kelechi Madu, Operations Team Lead, to ensure that personnel remained apolitical and avoid any form of compromises in the conduct of their electoral assignment.

Gana said that the Corps was prepared to cooperate and synergise with other security agencies to ensure the safety of all residents as well as electoral officials and materials before, during and after the election.

“Synergy amongst security operatives is essential because no man can achieve success alone as good team work at all times helps guarantee huge success,” he said.

He charged politicians within and outside the state to play by the rules, avoid violence and support the drive of President Muhammadu Buhari to ensure free and fair election at all levels.

According to him, electoral activities should not be a ‘do or die affair’ because whether they win or lose, OndoSstate remains.

The CG urged Ondo indigenes to go out en masse to exercise their franchise without fear or favour, and in doing so, vote the candidate of their choice without any recourse to fear or intimidation.