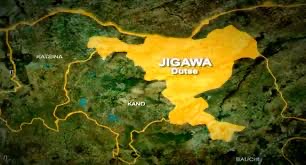 By Muhammad Nasir Bashir
Dutse, Oct. 5, 2020 The National Directorate of Employment (NDE) has begun the training of 1,350 youths in Jigawa.

NDE Coordinator in the state, Malam Abubakar Jamo, made this known in an interview with the News Agency of Nigeria (NAN) in Dutse on Monday.

Jamo said that the three-month training which began in October would be conducted under the directorate’s Basic National Open Apprenticeship Scheme (B-NOAS).

He explained that 50 beneficiaries were drawn from each of the 27 Local Government Areas of the state.

The coordinator pointed that the gesture was aimed at reducing unemployment and restiveness among the youth in the state.

According to him, it is also to enable the trainees to become self-reliant through productive activities.

“It is our hope that the beneficiaries will at the end of the exercise be able to set up their own businesses and eventually become employers of labour.

“As we have been telling them (trainees) they should try as much as they can to optimise this opportunity and justify the investment being made on each of them by the government,’’ he said.