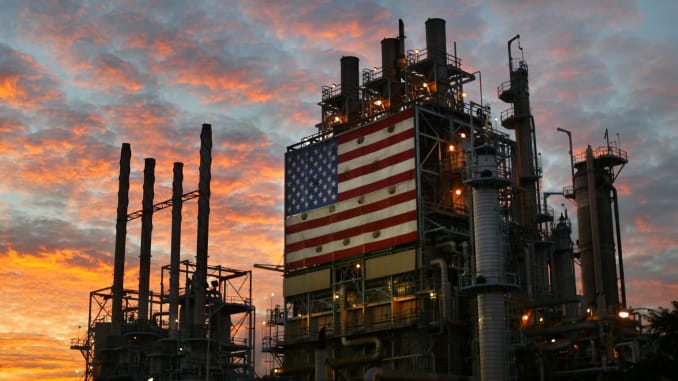 Oil prices inched lower on Tuesday as a bleaker outlook for global fuel demand prompted fresh selling, but short-covering ahead of a meeting later this week of OPEC and its allies, known as OPEC+, limited losses.

Major oil industry producers and traders are forecasting a bleak future for worldwide fuel demand, due to the coronavirus pandemic’s ongoing assault on the global economy, with OPEC downgrading its oil demand forecast on Monday and BP citing demand might have peaked in 2019.

Worries over an increase in global supply after Libyan commander Khalifa Haftar committed to ending a months-long blockade of oil facilities also weighed on sentiment.

“Still, some investors moved to cash in profitable short positions ahead of the OPEC+ meeting,” said Hiroyuki Kikukawa, general manager of research at Nissan Securities.

“Stronger U.S. stock markets also lent support as correlation between stock and oil markets has been high lately,” he said.

Investors look to the joint ministerial monitoring committee by OPEC+ on Thursday to discuss compliance with deep cuts in production, although analysts do not expect further reductions to be made despite Brent prices falling below $40 per barrel in recent days.

U.S. stocks ended sharply higher on Monday as signs of progress in developing a Covid-19 vaccine and a spurt of multibillion-dollar deals lifted investor optimism.

Concerns over supply disruptions in the United States from an impending storm also provided some support.

Energy companies, ports and refiners raced on Monday to shut down as Hurricane Sally grew stronger while lumbering toward the central U.S. Gulf Coast, the second significant hurricane to shutter oil and gas activity in the past month.