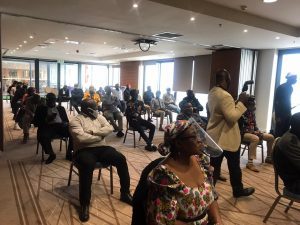 Enugu, Sept. 15, 2020 There was a mild drama on Tuesday in an Enugu State High Court presided over by Justice C. C. Ani as counsels struggle for legal representation of six dead plaintiffs in a land dispute.

Naija247news reports that the case which was filed in 2005 is between Ugwuaji and Ogui Nike communities in Enugu South and Enugu North Local Government Areas respectively.

The plaintiffs on record in the suit No. E/439/2005 are Benjamin Atu, Aneke Ede, Jackson Nshi, Ewo Nnaji, Godwin Ani and Sunday Ngene for themselves and Ugwuaji community.

The first set of respondents are Igwe Tony Ojukwu, Joseph Nnaji, Ikechukwu Agbo and Paul Anike for themselves and members of Ogui Nike community.

When the matter was called up, Counsel to the first set of defendants, Mr Kelvin Nwufor (SAN) told the court that the plaintiffs on record were dead and was bringing a motion to substitute them.

He said that the rules provided that either the lawyers for the plaintiffs or defendants could apply to bring new plaintiffs in such circumstance.

Nwufor said that the first set of defendants had waited for too long for the counsel to the plaintiffs to bring a motion to substitute the plaintiffs on record, but he had failed to do so.

The counsel said he sought to substitute the dead plaintiffs with living plaintiffs from the same community.

He told the court that the dead plaintiffs had earlier withdrawn their statements of claim before their demise and that it was improper for anyone to claim to be representing them.

“You cannot be representing anyone who is in the grave,” he said.

Nwufor also moved a motion to substitute one of the first set of defendants, Igwe Tony Ojukwu whom he said was late, with Mr Donatus Ojukwu.

However, Mr Emeka Offordile (SAN), who announced appearance for the plaintiffs, objected to the submissions of Nwufor to substitute the dead plaintiffs on record.

Offordile said that the issue of representation of the plaintiffs was contentious, adding that it had to be resolved first before substitution.

Also, Mr Chimezie Nkwor, who also entered appearance for the plaintiffs, said that he was duly briefed to take over the matter from Offordile.

The counsel, while moving the motion on the application, told the court that he was the right person to represent the community.

He prayed the court to recognise him as the rightful counsel to the plaintiffs and strike out Offordile’ name as the plaintiffs’ counsel.

In an interview, Offordile told NAN that he had been representing the community since the matter started in 2005.

He however said that some young men in the community brought an application for change of counsel in the matter.

“But there are others who said they do not have problems with me as their counsel,” Offordile said.

The judge, who had earlier told the counsels that the court would prefer to resolve the issue of legal representation, adjourned the matter until Sept. 29, for continuation of adoption of processes.

NAN recalls that no fewer than six judges of the state high court have heard the matter since it was instituted. 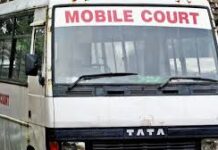 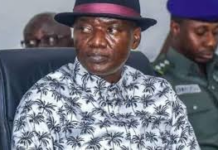