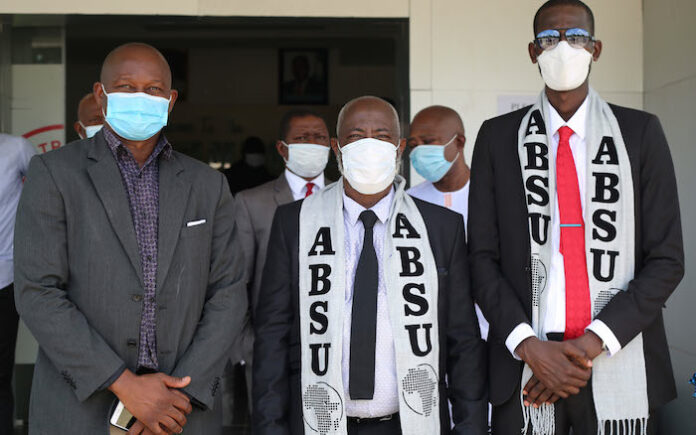 By Emmanuel Afonne
Abuja, Sept. 7, 2020 The Nigeria Football Federation (NFF) says it will provide necessary support within its capacity to the African Beach Soccer Union – a body created to develop the game of beach soccer in the continent.

A statement issued by Ademola Olajire, NFF’s Director of Communications, quoted Sanusi as noting that Nigeria was foremost in the African continent in beach soccer, having won the Beach Soccer Cup of Nations twice and finished with silver and bronze medals on several occasions.

Sanni said that the country’s Supers and Eagles had been to the FIFA World Cup on a number of occasions, with an appearance in last year’s finals in Asuncion, Paraguay.

“Our country has always been strong in the game of beach soccer in Africa, but sometimes last year, the NFF Board took a deep look at things and decided to rest the game for some time because our team has failed to take that important step to fighting for laurels at global level.

“We opted to work and encourage the game from the grassroots and then see how it will blossom before returning to the international front.

“I am happy that the African Beach Soccer Union is headed by a Nigerian; a hardworking, energetic and enthusiastic young man, with so many other Nigerians in the various committees.

“We will encourage and support you within our capacity, and I urge you to work diligently and make transparency, probity and accountability your watchwords,” he said.

Mahmud Hadejia, President of the union who is also Chairman of the Kebbi State Beach Soccer Association, said the body would promote the popularity of beach soccer in the African continent.

This, he said, would be done through the pragmatic encouragement of establishment of clubs and leagues for the sport across the 54 countries.

Hadejia commended the NFF for the previous support and encouragement given to beach soccer across the country and assured that the union would rely extensively on the guidance and wisdom of the NFF in its operations.

He also promised to avoid conflict situations with other established beach soccer groups and interests.