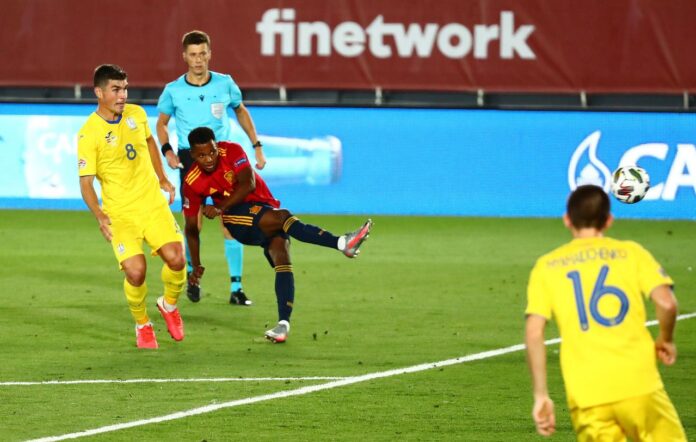 Madrid, Sept. 6, 2020 (Reuters/Naija247news) Spain forward Ansu Fati became the national team’s youngest ever goalscorer on Sunday as the 17-year-old inspired Luis Enrique’s side to a resounding 4-0 win at home to Ukraine.

The FC Barcelona player’s inspiring performance was in the 2010 FIFA World Cup winners’ first victory in the 2020/2021 UEFA Nations League.

Spain captain Sergio Ramos scored the opening goal with a penalty kick in the third minute after Fati had earned the spot-kick.

The Real Madrid defender also doubled his side’s advantage by heading home in the 29th minute.

Fati had been threatening to score from the off and finally got a goal worthy of his inspirational performance.

This was when he fired in off the post from outside the area in the 33rd minute, having gone close with an overhead kick and another effort earlier on.

Substitute Ferran Torres, 20, struck with a volley in the 84th minute to also get his first goal for his country and round off the victory.

It took Spain to top of League A Group 4 with four points from two games.