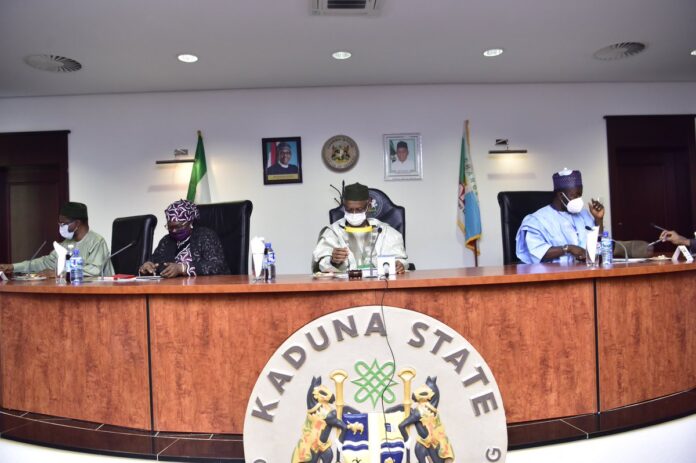 Gov. Nasiru El-Rufai made the commendation in a statement issued in Kaduna by Mr Samuel Aruwan, the Commissioner for Internal Security and Home Affairs.

The statement said the governor also praised the peace initiative in Jema’a LGA.

According to Aruwan, the Kaduna State Government had received briefs from security agencies stationed in Giwa, Igabi, Chikun, Kauru and Kajuru LGAs of bandit attacks which resulted in the deaths and kidnapping of some citizens.

“These attacks are actions of criminality and sheer evil, which stand condemned by the government under the leadership of Gov. Nasir El-Rufai.

“The governor received briefs on the situations in Kidandan, Rigachikun, Kuyanbana, Buruku general area and also Buda, within the five LGAs listed, and condoled with families that lost their loved ones in the attacks.

“Government condoles with the families that lost their loved ones to the sheer criminality of the bandits.

“Security agencies have been directed to double up and intensify operations against the bandits and raids on their hideouts.

“Our communities are strongly urged to stand together to confront criminality.

“Bandits should not be allowed to inflict such pain and then have their actions be allowed to divide their victims along religious and ethnic lines. This criminality is an attack on our unity and collective wellbeing.

“The Kaduna State Government continues to work with the security agencies in the ongoing operations against bandits, being coordinated by the Defence Headquarters”, the governor was quoted as saying in the statement.

The statement disclosed further that the governor was has been briefed on the peace pact between some communities in Jema’a LGA.

It explained that the security briefs indicated that community leaders of Dangoma, Takau, and Zikpak confirmed the peace pact under the leadership of the Council Chairman, Mr Peter Danjuma Averik.

“The governor welcomed this community action as a step towards restoring peace and charged the communities to uphold their obligations in the agreement to secure peace and advance development.”

The governor described the Jema’a peace agreement as another significant step in advancing the ongoing peace building efforts in southern part of the state.