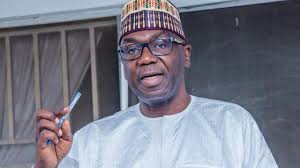 By Olubukola Aiyedogbon
Ilorin, Aug. 24, 2020 The Executive Secretary of Kwara Local Government Staff Pension Board, Smaila Oyelowo, says the backlog of arrears of local government staff gratuities since 2009 is in excess of N21 billion.

Oyelowo stated this on Monday in Ilorin while testifying before the retired Justice Matthew Adewara-led Panel of Inquiry into the alleged diversion of N300million monthly from local government funds in Kwara.

He said that the AbdulRahman AbdulRazaq-led administration inherited over N21billion in backlog of gratuities.

Oyelowo added that the N30million released monthly for gratuities before May 2019 had now been increased to N100million monthly to gradually defray part of the outstanding debts.

“We approached the newly elected state government to jack up money being released for the payment of gratuities and that was expressly granted.

“Now, on monthly basis, we are receiving N100million to settle gratuities. But because of COVID-19 pandemic, we got N60million in June. In July, it has been raised to N100million again,” he said.

Oyelowo also said that the board was unaware of any deduction from local government funds.

“We only prepare vouchers for the payment of pension for the consultant engaged for its payment while we concentrate on the issues of gratuities.

“The board does the collection of the details of new pensioners, upgrades the payroll and forward these to the consultant for payment,” he said.

The Executive Secretary, however, called for the adoption of contributory pension scheme as a solution to the issue of backlog of arrears.

The Directors of Personnel Management from the five local government areas in the state, who testified before the panel, described the alleged diversion of N300million monthly from local government funds as baseless and unfounded.

Naija247news reports that the panel interrogated the witnesses in respect of payrolls, bank accounts and bank statements.

Adewara said the panel was on a fact finding mission to ascertain the allegations of diversion of local government funds in the state, adding that it was not putting anyone on trial.

“As you are aware, this panel was set up by Gov. AbdulRahman AbdulRazaq, and the mandate is to examine all the relevant books, internally generated revenue, federation allocation and how those funds are being used.

“This panel is to probe and find the veracity of the claim that N300 million was being diverted by the state government from the local governments funds.

“Nobody is on trial. Nobody is being prosecuted. We are only on a fact finding mission. We are to find out the correctness of your books,” Adewara said