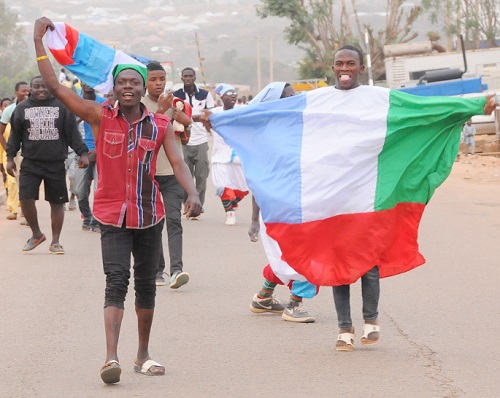 By Segun Giwa
Akure, Aug. 23, 2020 The Ondo State Independent Electoral Commission (ODIEC) has declared the All Progressives Congress (APC) winner of all the 18 chairmanship seats in Saturday’s local government election in the state

Announcing the election result on Sunday evening, the commission’s Chairman, Prof. Yomi Dinakin, said that the party also won 194 councilorship seats out of 198, while the results in the four remaining wards were declared inconclusive.

Source reports that only seven of 14 registered political parties participated in the exercise.

NAN also reports that there was no contest in five local governments.

Dinakin, who declared the APC candidates winner of the election in the five local government areas, said it was in line with the Electoral Act.