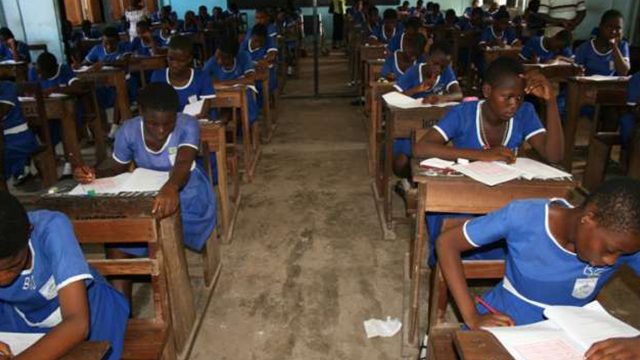 By Chinyere Nwachukwu
Lagos, Aug. 23, 2020 The West African Examinations Council (WAEC) has appealed to Nigerians for partnership to further protect and sustain the integrity of its examinations.

Mr Patrick Areghan, the council’s Head of National Office (HNO), made the appeal in an interview with Newsmen on Sunday in Lagos.

Areghan was speaking against the backdrop of reports in some quarters that the ongoing 2020 West African Senior School Certificate Examination (WASSCE), for School Candidates, that commenced on Monday Aug. 17, leaked.

According to him, the report is false, malicious, misleading and wicked.

The HNO stressed that there was no way WAEC examination would leak, while still under its custody.

He identified the activities of those he described as ‘unscrupulous elements’, as being behind the malicious rumours being paraded.

Areghan said that unfortunately, some of those behind the the unwholesome activities were some supervisors and invigilators given to the council by the schools for the conduct of the examination.

”We, as a council, do not know these persons, sent to us by the various State Ministries of Education. In the same vein, we cannot manufacture supervisors or invigilators from the moon, they are Nigerians and we need to work together.

”However, let me first of all say that we are very satisfied with the level of compliance to the COVID-19 safety protocols by the candidates and all those involved in the conduct of this examination in all the schools visited in Lagos.

”We have been going out on a daily basis to schools around the state since the start of the examination for inspection and to ensure that all the necessary requirements as rolled out by the NCDC are in place.

”The story is the same every where, there is total compliance and we are very happy with it. The students are all busy writing the examination, one at a time. There is no loitering or clustering together, no looking left, right or centre by the candidates while they were writing their papers .

”However, our only worry or concern is the damaging effect the issue of malpractice may cause some innocent candidates, should they be tempted to patronise fraudsters, who post unauthorised materials on the internet,” the council boss said.

Areghan said some supervisors and invigilators who do not mean well for the candidates, wanted to destroy their future and destiny through unwholesome activities.

”The fact of the matter is that they can never have access to our question booklets. It is not possible under the sun.

”What they do and I want all Nigerians to know this, is that we issue question booklets to the supervisors, maybe one hour before time, which is the regulation under normal circumstances.

“And once these supervisors get hold of these materials, they are now in charge.

”Unfortunately, the unscrupulous ones among them misuse this role by opening the booklets before time, snap with their handsets and send outside and this is bad enough,” he explained.

According to him, the supervisors are to also ensure that no candidate is allowed access into the hall 30 minutes after the commencement of the examination, adding that in such cases, the candidate is usually marked absent.

‘”Even, when a candidate is outside fishing for materials, by the time he will want to come in to write the examination, 30 minutes will have elapsed and no one should allow him entry into the hall,” he said.

He noted that the rule also does not allow any one involved in the conduct of the examination to be in possession of a handset, including the supervisors and candidates alike.

Areghan stated that if all the rules guiding the conduct of the examination were strictly adhered to by all stakeholders, there would be nothing like examination malpractice or misleading the public by snapping and pushing unauthorised materials on the internet.

The HNO, however, commended some of the supervisors who were keeping to the rules and ensuring that the integrity of the examination was not compromised.

”I want to say that not all the supervisors are bad. There are decent ones but some are bad eggs in the system, who have chosen to betray the trust reposed in them.

“And I can assure you that they will be fished out with time and will face prosecution.

”Already, we have caught some of these bad elements. In Lafia, a supervisor took delivery of the Mathematics question papers and as soon as he got to the centre, tore its wrapper open, snapped and sent outside.

”There are other instances like that in Bauchi and Rivers but they were all detected through our technology and had since been handed over to the police. We are not going to stop there, we will also parade all of them.

”If it is possible for us to have WAEC staff in all the centres, such will not occur. How do you cover over 19,000 centres nationwide with just about 2,000 WAEC staff put together?.

”So, I just want to seize this opportunity to appeal to the conscience of the supervisors to shun all forms of examination malpractice for the benefit of the candidates and the nation.

“We are not helping them through these activities, rather, we are helping to encourage criminality,” he said.

According to him, there is an urgent need for the public to partner the council in a bid to promote excellence and encourage hardwork.

”We must try not to encourage these children to find short cut to success. This is a dangerous trend as in the end, the nation will pay dearly for it.

”This trend has a way of replicating itself in whatever these children chose to do in the future and that is why I am appealing that all hands should be on deck to make the future better for us all.